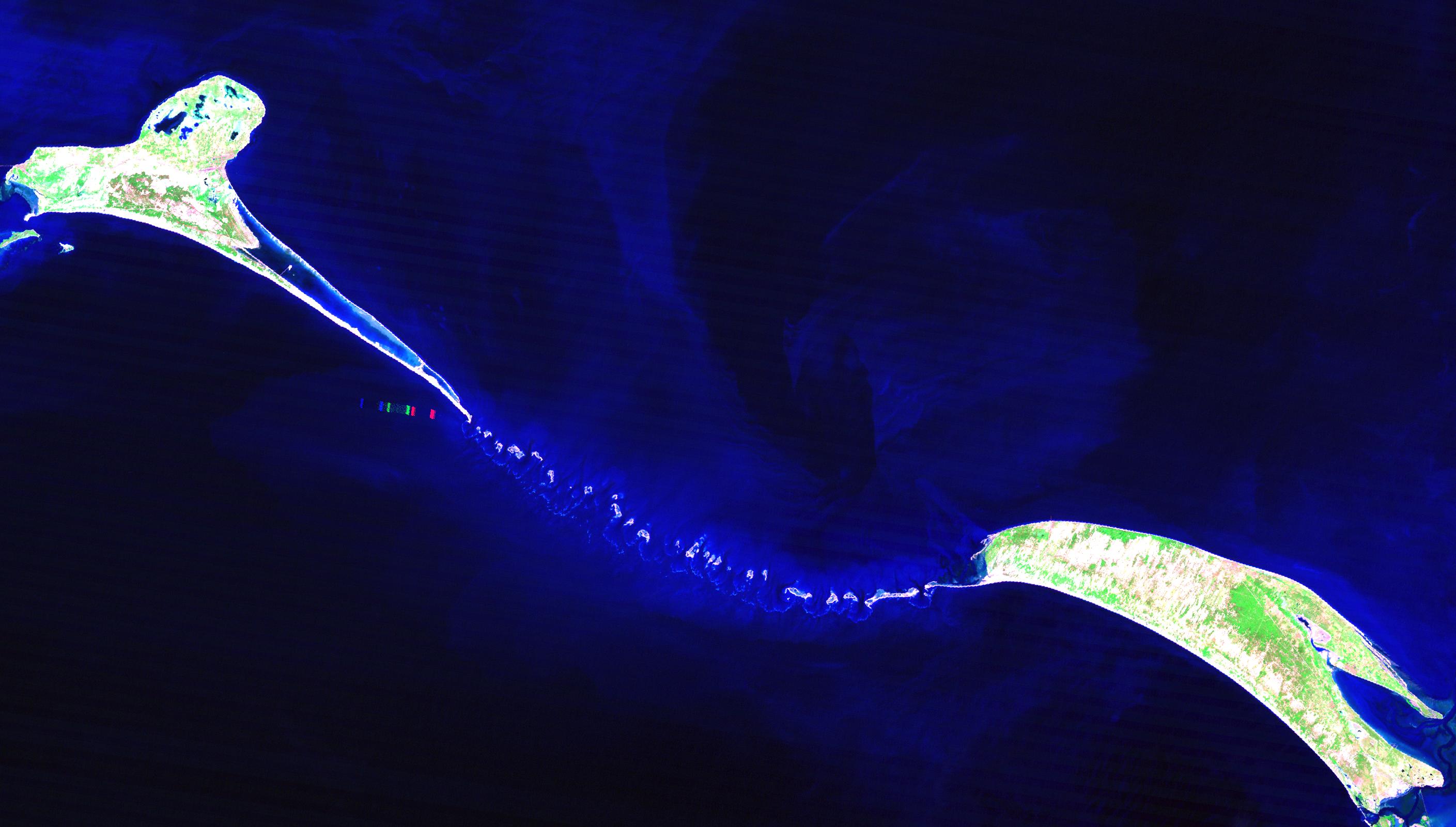 Adam’s Bridge in Rameswaram in other words is known as Sri Ram’s Bridge or Ram Setu. This is a naturally existing narrow land bridge formed of rocks, tiny Islands, coral reef stretches and sandbanks. The sandbanks of this bridge are quite dry while the sea at this region appeared to be shallow. The 18miles (30 km) long bridge separates Gulf of Mannar from Palk Strait. It starts from Dhanushkodi tip in India’s Pamban Island and ends at Mannar Island in Sri Lanka. The Pamban Island is connected to the main Indian land by the 2 km long Pamban Bridge, while Mannar Island is connected to Sri Lanka by means of a road.
According to Ramayana, the Indian Sanskrit epic written by sage Valmiki, this land bridge was constructed by Sri Rama with the help of Hanuman and his fellowmen. The intention of the bridge was to reach Sri Lanka for rescuing Rama’s wife Sita who was abducted by the demon king Ravana.
There are still controversies regarding the origin and nature of the bridge. As per one of the theories the bridge is said to have formed due to accumulation and rising of sea land between India and Sri Lanka. According to another theory, it would have been formed during the breaking process of Sri Lankan land from Indian mainland. It is said that the bridge was passable on foot up to the 15th century until storms deepened the channel. According to primitive records, the bridge constructed by Sri Ram was completely above the sea level until cyclone could break it in 1480 CE.
Satellite remote sensing data by ISRO (Indian Space Research Organization) suggests that the bridge is comprised of 103 patches of linear styled coral reefs, sand cays and intermittent deep channels. But, the field verification regarding this assumption has not been carried out yet.
Another theory suggests that there were landmasses between India and Sri Lanka while coral reefs were evolved from the old drowned shoreline with dimensionality.
Former director of GSI (Geological Survey of India), Dr. Badrinarayanan had surveyed the structure of the bridge and came to the conclusion that it is man made. His research team had drilled ten bore holes on the bridge and traced out a consistent layer of sandstone and rocky materials from about 6 meters below the surface. Further, 4 to 5 meters below, there was loose sand and still below hard rock formations. Dr. Badrinarayanan claimed that such a structure is impossible since corals can only be formed over rocks. Thus, the layer of loose sand below the coral reefs along the entire stretch is enough to confirm his assumption.
The Sri Ram’s bridge in Rameswaram also has its own brand of unique charm. The rare and unique features of this sea bridge are enough to develop valuable lifetime memories to a visitor. It is really eye-catching to view the sunken land bridge from the Dhanushkkodi tip. It has great importance to maintain the sanctity of Rameswaram. The bridge is one of the existing evidences that support the great epic Ramayana.