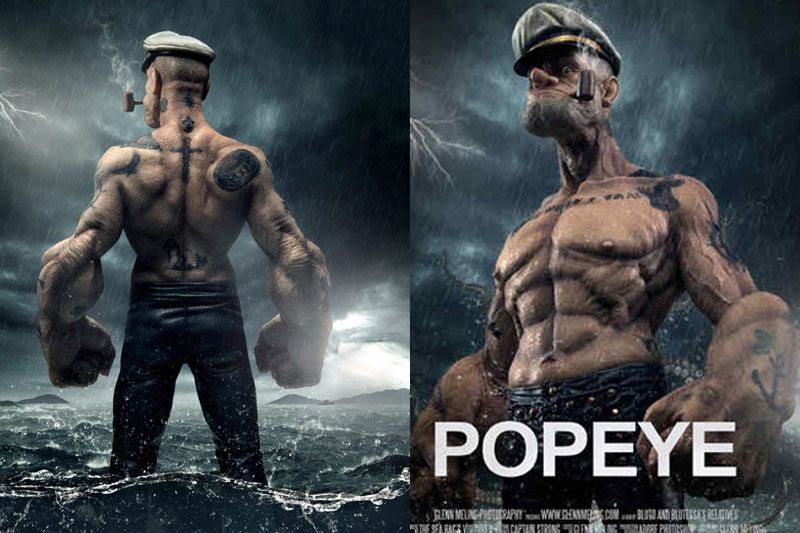 The movie Popeye to be released in December this year is developing by Sony Pictures. This 3D animated movie is a wonderful entertainer and expected to welcome by all irrespective of their age. The movie Popeye had been on big screen since 1980. In that Robert Altman movie, Robin Williams appeared as Popeye, while Shelley Duvall as Olive. Popeye was presented as the awesome superhero with spinach power. Popeye 3-D movie news was also reported in March 2010. Since the 2010 movie is in the mind of everyone, the new movie will be valued on the basis of the earlier released one. Everyone were loved the Popeye cartoon released in the earlier days.
Because of remarkable graphic works, the forthcoming movie will be really marvelous to watch. The poster of Popeye is very much similar to the Hollywood movie, the Agent 47, and also the Bollywood Movie poster Dhoom 3. Anyway, the most popular cartoon hero Popeye is once again getting ready for you as a total entertainer.