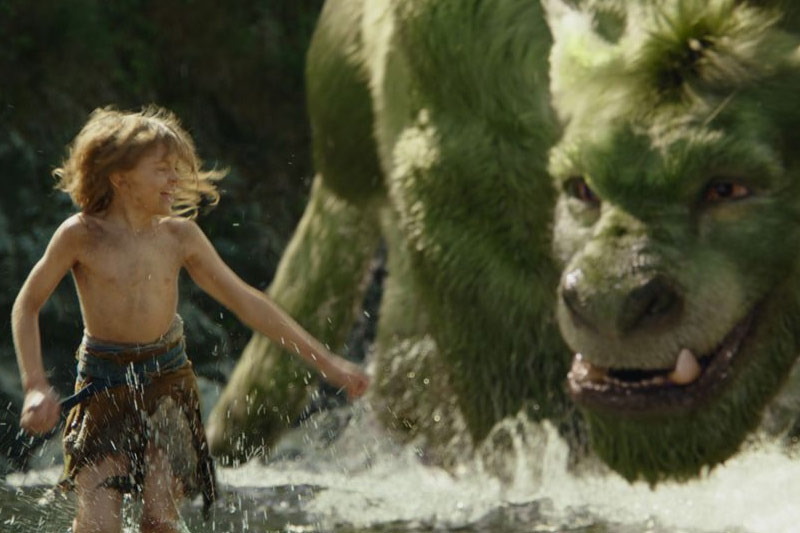 The movie Pete’s Dragon has enough stuff to delight children with stories of a mysterious dragon that lives deep in the woods of the Pacific Northwest. These stories are told to local children by Mr. Meacham (Robert Redford), a woodcarver. His one and the only daughter Grace (Bryce Dallas Howard) considers these stories as just tall tales, until she sees Pete (Oakes Fegley), a 10-year-old orphan who says about his lives in the woods with a friendly, giant dragon. With the help from a young girl named Natalie (Oona Laurence), Grace decides to conduct a study, to find out whether this fantastic claim can be a real fact.

The movie is a combination of excitements, plenty of difficulties, dangers, and some sad moments. Pete was 5 when he had a terrible car accident which left him as an orphan. He was abandoned in the woods, and the same could definitely upset younger kids who are more sensitive in nature. But to the surprise of all, the good natured, furry dragon Elliot takes care of Pete for several years, until lumbermen started threatening the wilderness and their home. However, this is a sweet film about love, friendship, appreciation of nature, family finding in unexpected places, and to make yourself to believe in magic. It also displays some clear themes of courage, determination and empathy.

Video on the movie review of Pete’s Dragon