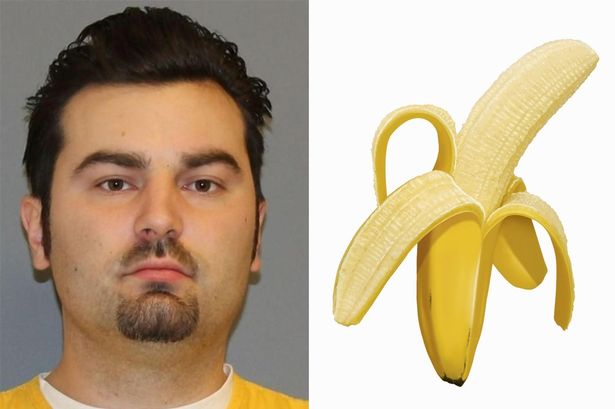 Colorado: Youtube comedian, Nathan Channing is said to have arrested for pointing a banana against police officers.
Hes has to face three years imprisonment for this childish act.
He was pretending to be intending to shoot with a handgun.
Police officers too believed that he was pointing at them with the handgun.
Nathan Channing, 27, has been sent to Mesa County Jail after the arrest. Channing, who coincidentally hails from Fruitvale, Colorado, told officers that he was a YouTube comedian, but they had no interest to review his appeal.
As per their report to Colorado Daily Sentinel, they were feared of their safety despite noticing that the ‘weapon’ was yellow colored.
He received $10,000 bail on a charge of suspicion for law-breaking and threatening.
This is a typical charge that carries a maximum three-year jail sentence and $100,000 fine.