Car airlifted over London by helicopter 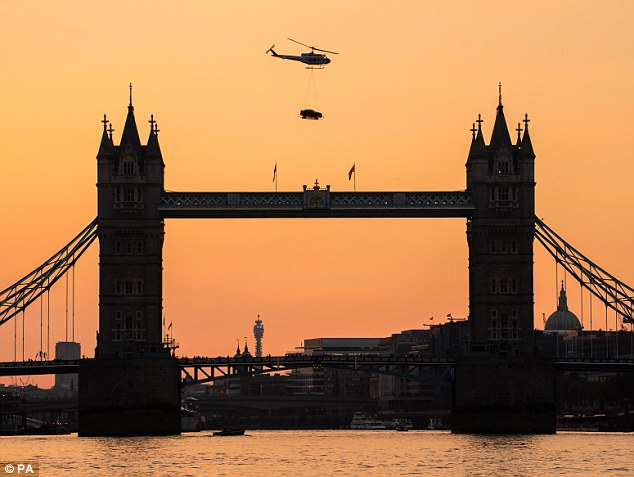 United Kingdom: People in central London happened to experience a strange type of a business propaganda over their head.
They could view the airlifting of a new sports car by a helicopter.
The helicopter with the car hanging beneath was flying all over central London.
Thousands of London natives who viewed this uncommon advertisement were moved towards Twitter with an expectation to collect answers regarding the mystery of the flying car.
The incident was part of a Jaguar promotion for the launch of the XE sports saloon car.
Following the incident, the reactions from social media were absolutely positive.

Video on the car airlifting by helicopter