Chimpanzee is addicted to adult movies 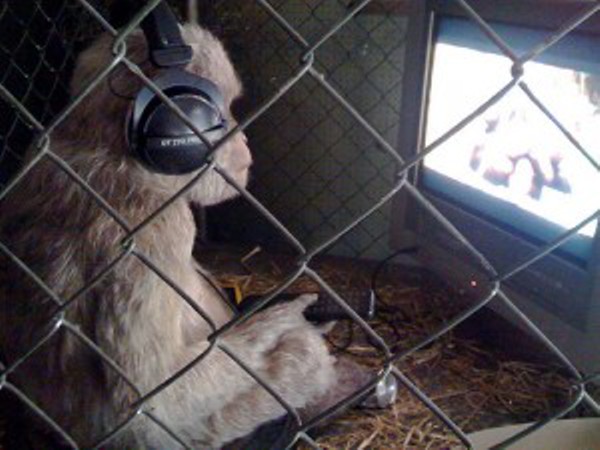 Spain: As per research and analysis, one chimpanzee have been found addicted to human sexy videos.
Researchers wanted to see how well a chimpanzee can manage and use a remote control to watch television on its own.
To find out the ability of Chimpanzee, Zookeepers at the Seville Zoo in Spain were placed a television set into the enclosure of a Chimpanzee.
They also arranged the television behind a protective glass so that the chimpanzee was unable to break it or get hurt.
Then zookeepers gave Gina, the chimpanzee, a television remote control inside the enclosure. They were watching whether it would be able to change channels and watch one show over another.
In a shocking turn of events researchers found out that the Chimp which used to flip through the channels was interested to stop at the adult channel every time.
To the surprise of researchers, Gina, not only used the remote control perfectly well, but also viewed the adult channel regularly for his entertainment.

Video on Chimpanzee who liked to view adult channels