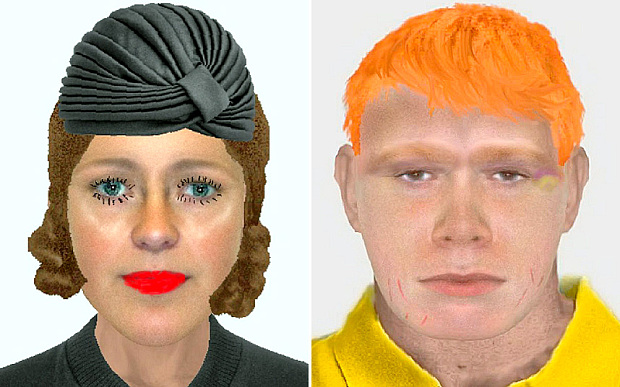 Gloucestershire: The most unusual-looking suspects wanted by police have been revealed.
For this special venture the police in Britain had sought the assistance of e-fits generated by the computer.
They include images of a woman who had carried out a looting of £1,000 at Cheltenham, Gloucestershire. While performing this she was dressed up as a style costume. Actually the woman was looked like an extra from Downton Abbey.
The glamorous-looking criminal, with a navy hat and bright red lipstick, was wanted in connection with the burglary from a 73-year-old victim.
Another unusual e-fit in the same villains gallery was of a man wanted after a “suspicious incident” in Stroud. He was pictured as if he had no eyes.
His sketch was as if he had pulled down a black hood up to his nose and made it absolutely difficult to see what he actually looked like.
The suspect was wanted in connection with an incident where a man targeted a 14-year-old girl on a towing path.
Witnesses might have found it easier to trace out the man in another hair-raising e-fit – of a suspect with a giant blonde afro.
He was wanted in connection with an incident where a man repeatedly approached an 11-year-old schoolboy in Tewkesbury.
Another man wanted over a confusion theft in Cheltenham was pictured with a chef-style hat.
And, in Yorkshire, one police e-fit on a orange haired ginger thief made him looked like Harry Potter character of Ron Weasley.