Cyclist balances gas canister on his head while riding 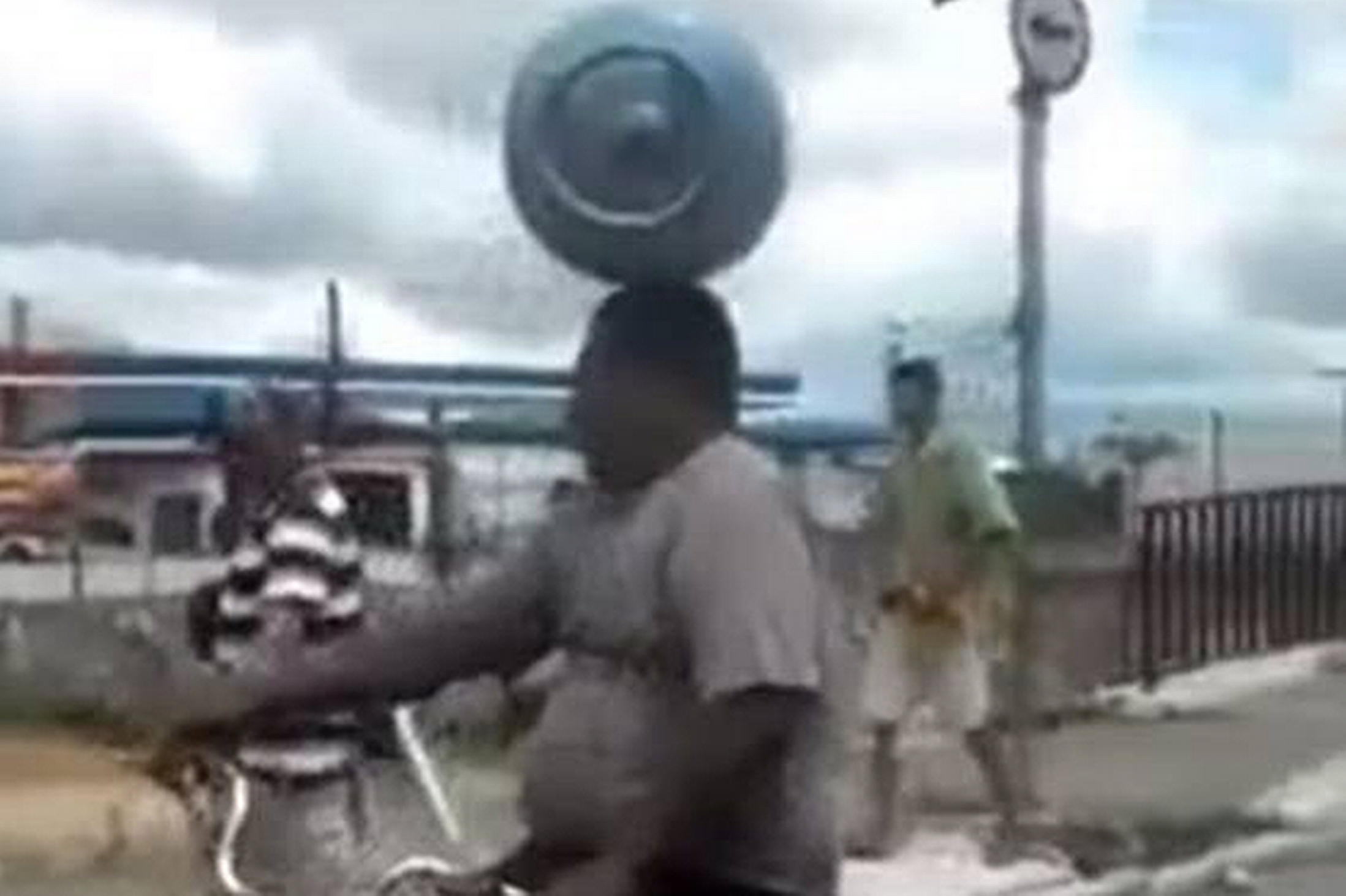 Sao Paulo(Brazil): It’ was highly marvelous to see a cyclist in Sao Paulo balancing a gas canister on his head while riding the vehicle.
On seeing this one can conclude that he is a master of this art and nobody can do this supernatural job like him.
During the bicycle ride, the two wheeled hero not only maintained his balance with the weighty fuel bottle on his head, but even stayed upright while he had to wait at a junction.
At this juncture he had no need to put his feet down.
It was a skill he experienced so well that it developed a gasp of amazement among the viewers.
Anyway, his bicycle ride with gas canister on his head was really fantastic.
This type of thrilling actions can be viewed very rarely or if the viewers are absolutely fortunate.

Video on the bicycle ride with gas canister on head