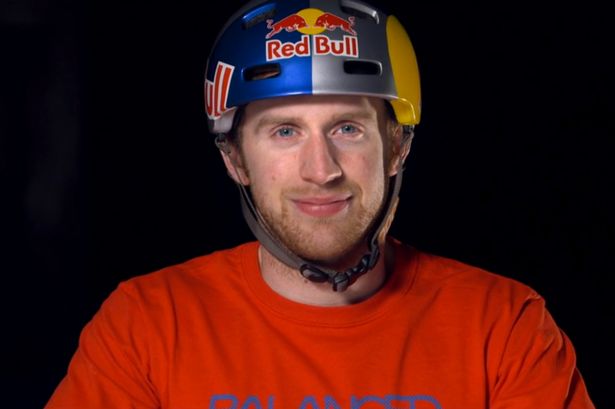 London: YouTube star and stunt rider Danny MacAskill has performed an adventurous loop-the-loop style bike riding in front of the London people.
The gravity-defying trick made it appear as if he was cycling around the Eye.
After pulling off the trick, MacAskill said that the occasion was one of the biggest set-ups he had ever ridden and the location was absolutely surprising.
According to him, to conduct a five-meter loop floating on a barge was something dreamlike.
The stunt was to promote Microsoft’s mobile personal assistant software Cortana.
MacAskill added that he was always looking for new challenges and the chance to ride this massive loop with the help of Cortana was another achievement and he was being very much proud of the occasion.
Earlier this year MacAskill was stunned viewers with a death-defying ride along the hazardous Cuillin Ridge on his native Isle of Skye and the same has been viewed more than 23 million times on YouTube.Daring Bike riding amazes the whole London natives
The 28-year-old stunt rider was thrown into the public display field about five years ago when he uploaded his first video, ‘Inspired Bicycles’, which has received nearly 36 million views.
In the video filmed by his flatmate, Dave Sowerby, MacAskill is seen performing stunts on his bike around Edinburgh.