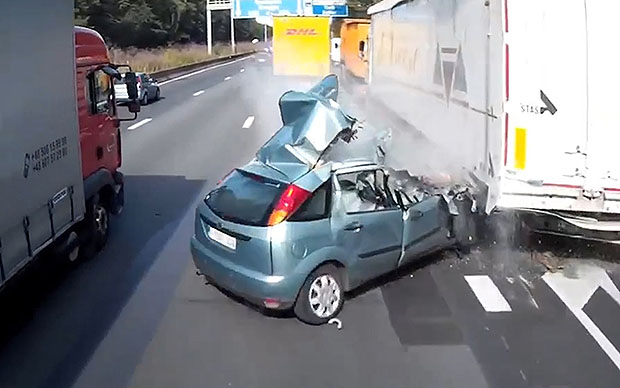 Belgium: A female car driver called Jasmien Claeys is reported to have survived a huge collision with a lorry on a Belgian motorway.
It is said that the accident took place while she was trying to overtake on the motorway
As per the accident report, Jasmien Claeys was driving her car across two lanes and unfortunately collided with a lorry parked on the outside lane.
According to HLN.BE, Ms Claeys aged 25, has since made a hopeful recovery after falling into a coma with two broken vertebrae and a shattered hand.
After watching the footage of the accident several times, Ms Claeys said that she is excessively happy to have survived from the unbelievable accident and is now on her way to a complete recovery.

Video on the accident taken place at Belgium