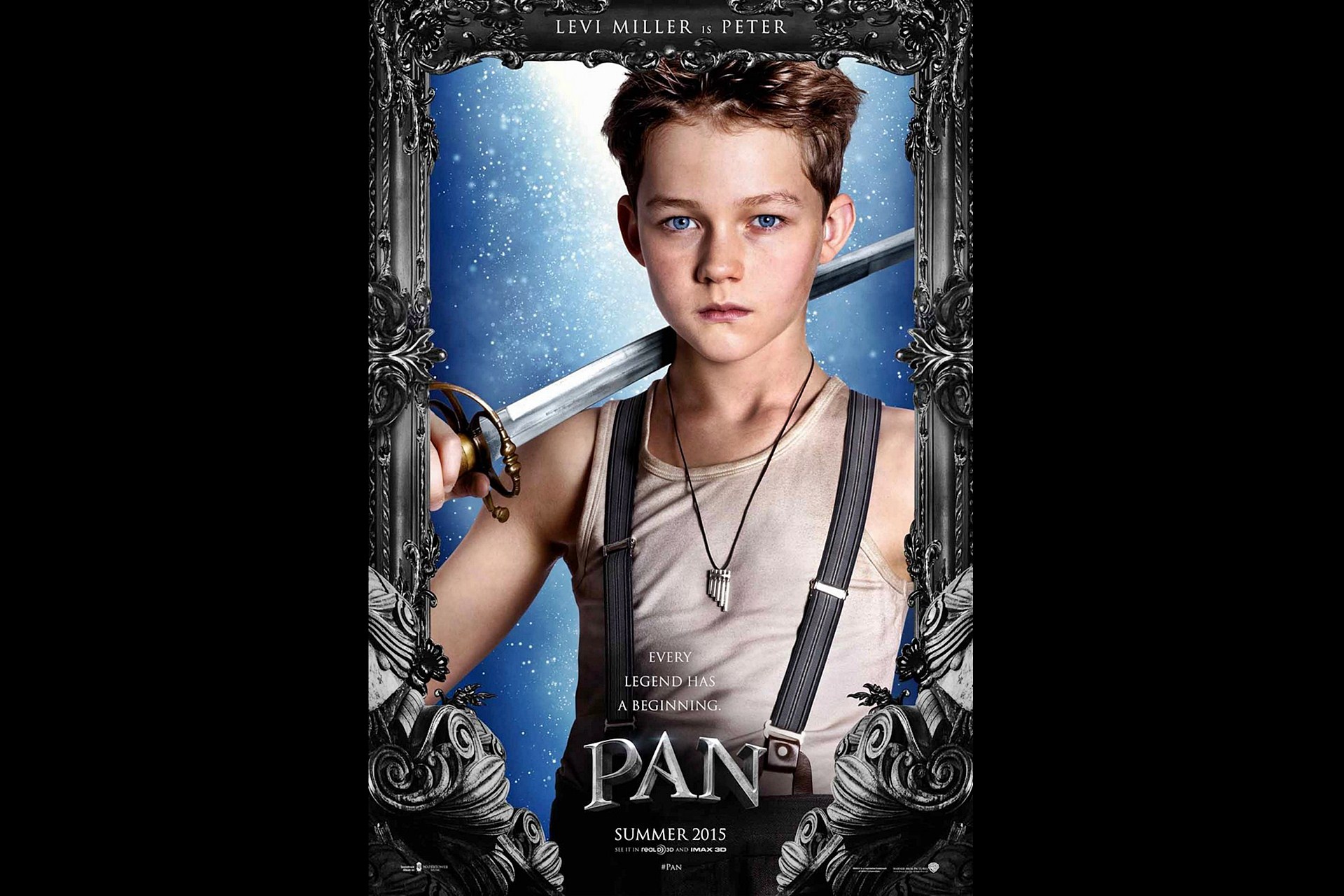 The Hollywood movie Pan directed by Joe Wright is expected to release on 24th July.
The eyecatching action entertainer is produced under the banner of Berlanti Productions.
The story of Pan is about an orphan who is kidnapped away to the magical location called Neverland.
There, the boy finds fun in association with dangers and they are displayed in a very interesting manner. Ultimately, the boy discovers his destiny to become the hero of the land who will be forever known as Peter Pan.
The movie shows his efforts to save his favorite magical place.
In this fantastic action thriller, Amanda Seyfried plays as Peter Pan’s mother while Black beard comes as villain.
The movie is with full of spectacular actions and memorable terrifying dramatic scenes.
Here in this entertainer, Hugh Jackman comes as Blackbeard, Levi Miller as Peter Pan, Rooney Mara as Tiger Lily, Kathy Burke as Mother Barnabas, Garrett Hedlund as James Hook, Jack Charles as The Chief, Adeel Akhtar as Smee, Amanda Seyfried as Mary, Leni Zieglmeier as Wendy Darling, Cara Delevingne as a mermaid, Nonso Anozie as Bishop, Na Tae-joo as Kwahu
Producers of the movie are Greg Berlanti, Sarah Schechter and Paul Webster
Music is done by Dario Marianelli whereas Cinematography is by Seamus McGarvey and John Mathieson
Editing is by Paul Tothill while Screenplay is performed by Jason Fuchs