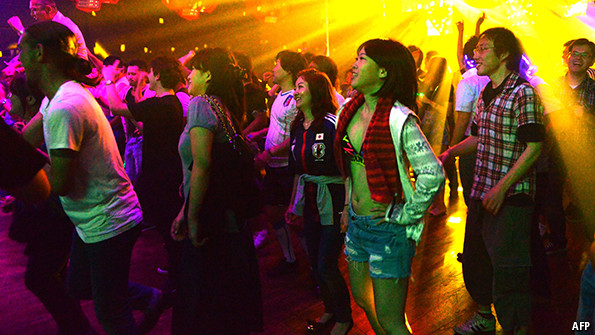 Tokyo: Government of Japan has decided to lift the 66-year-old ban on night club dancing.
This new approach is assumed to be ahead of the 2020 Tokyo Olympics.
Night club authorities in Japan will now be able to allow their customers dance throughout during the night without any fear of prosecution.
At the same time, their businesses will be flourished with the production of lavish profits.
The ban on public dancing was come about in 1948, when Japan passed a law attempting to stamp out prostitution linked to dance halls.
The police had tightened enforcement of the rule four years ago, however, after a student was killed during a quarrel in Osaka, Japan’s second-largest metropolitan area.
There were worries about risks to young people against a backdrop of celebrity drug scandals.