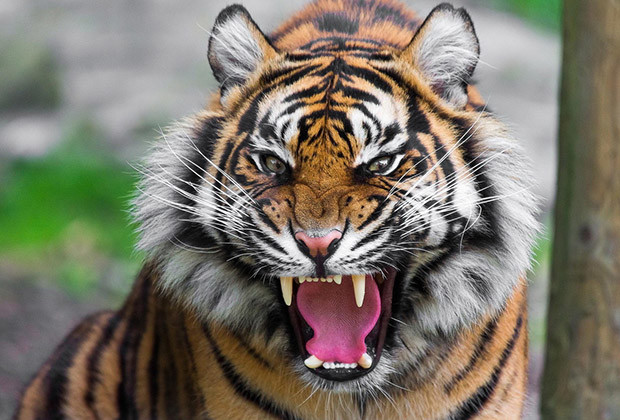 Chandrapur (Maharashtra): Forest workers have shot dead one tiger blamed for killing seven people in the past six months in western India.
The tiger, described as a “man-eater” had been searching by the forest authorities in Chandrapur of Maharashtra state.
According to officials, this was the third tiger to be shot dead for killing people in the area since 2007.
In India, there has been a spate of tiger attacks on natives recently.
About 17 people have been already killed this year by various tigers in the forest.
Earlier, the two tigers blamed for the deaths of nine people were shot dead in the area in 2007.
As per latest analysis, about 1,700 tigers are living in the various forests in India.
Tiger has been considered as the national animal of India.