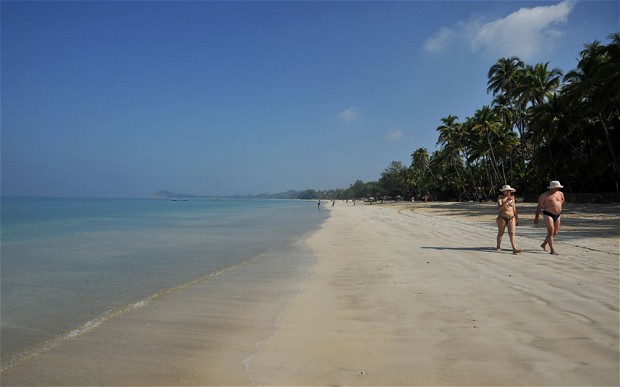 Rangoon: Myanmar (also known as Burma) government is expecting increased number of tourists from other countries this year.
Since almost five decades of military reign in Myanmar came to an end in 2011, global tourists take keen interest to visit the magnificent South East Asian nation.
The main attractions in the country are ancient cities, spectacular Buddhist temples, marvelous beaches and landscapes.
Now the tourism ministry in Myanmar is making vast arrangements to enable the international visitors to enjoy the eye-catching views in the country.
According to the ministry of Hotel and Tourism an estimated three million travelers will be visiting Myanmar this year.
This is 50% more than the two million tourists entered the country in 2013.
In 2012 about one million foreigners had visited Myanmar.
After 49 years of isolation from international environments, Myanmar’s tourism sector is now working hard to meet the wants and needs of all the new overseas visitors.
The tourism industry in the country is still in its developmental stage.
Hence, there are tremendous opportunities in this field for young Burmese entrepreneurs.