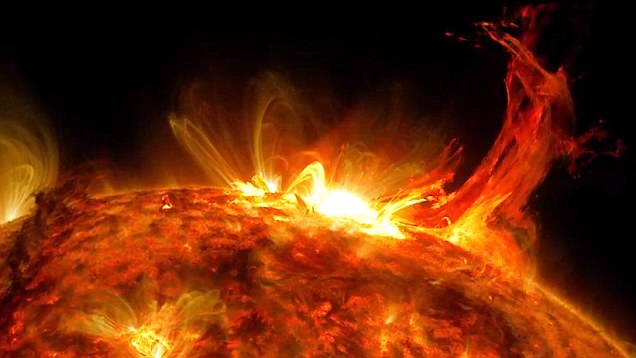 Washington: American Space Agency Nasa has recently released an enchanting video showing some of the most memorable moments about the activity of the Sun within a time-frame of last five years
The three minute video can amazingly display the changing surface of the sun from June 2010 to February 2015.
The release of the video was in connection with NASA’s fifth anniversary celebrations of Solar Dynamics Observatory (SDO).
Commenting the video display NASA has said that the sun could be seen changing its color having different wavelengths of ultraviolet light and visible light.
According to a statement from the SDO team they had created an unprecedentedly clear picture of the sun’s surface.
The representational process is absolutely enthralling and enable viewers to watch the constant appearance of solar material through corona, the Sun’s atmosphere.
Thus by watching the sun in different wavelengths and different temperatures, scientists can study how material courses through the corona.

Video on the Sun’s activity over the last five years