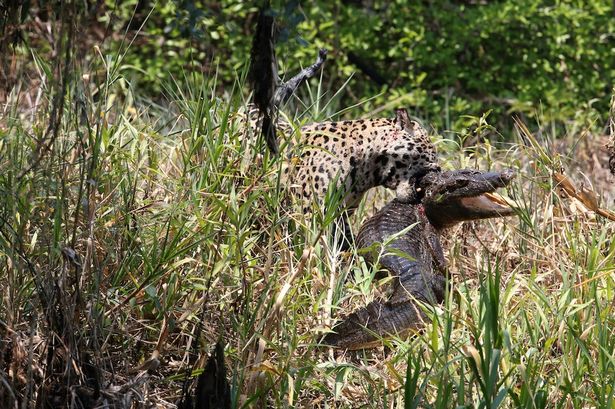 Brazil: One Crocodilian reptile was lying safe in the shallows of a river in Western Brazil while a one-eyed jaguar captured the alligator-like creature.
Before mercilessly attacking it at the river bank the animal dragged it away.
By keeping the prey between its jaws the hungry jaguar then retreated into jungle to enjoy his grand prize.
This genuine incident has been filmed from the Pantanal wetlands of Western Brazil.
The footage of the deadly moment is absolutely spectacular.

Video on the capturing of Caiman by a Jaguar