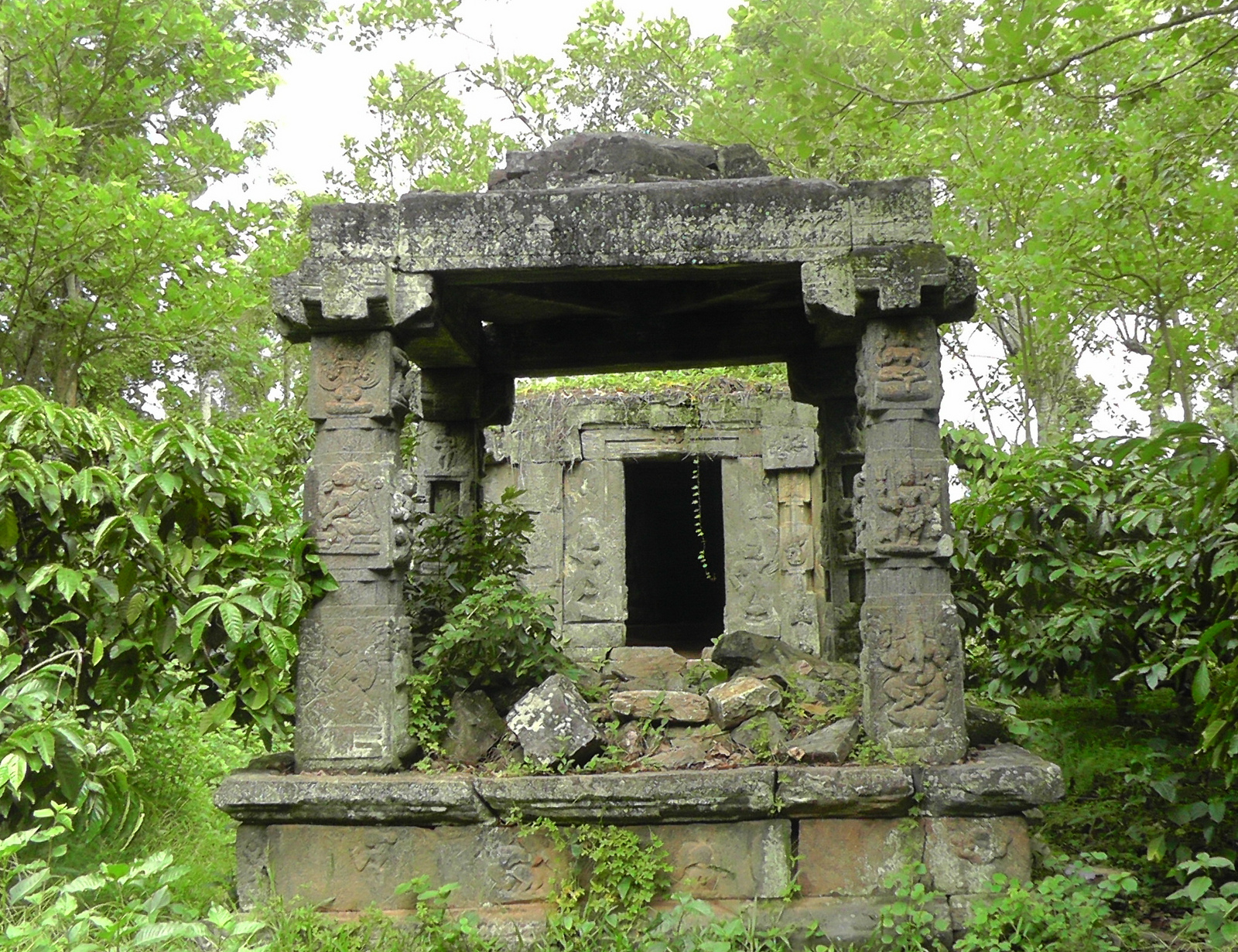 Panamaram Jain temple is a damaged ancient religious center of Jains in Wayanad. Ruins of other similar small constructions are also found around this ruined temple. The Jain temple constructed by means of stones, appears to be rectangular in shape with numerous spectacular carvings on its walls and pillars. These temple ruins are the fine examples of fine architecture and excellent stone sculpturing tradition prevalent in ancient times . The carvings on the temple walls as well as pillars represent Vaishnava iconography which are remarkble in all respects.
The entrance of the temple is seen at the middle of one of the walls of the construction. The door way is made extremely marvelous with exclusive carvings which enable viewers to think about the sculpturing dreams and skills of people lived during primitive era. The doorway then leads to an elevated position or stage supported by sculptured stone pillars having fantastic carvings. The inner most sector of the construction is appeared to be Sanctum Sanatorium of the holy shrine where the main rituals would have been carried out. Neither idols nor images of Thirthankaras are seen inside the Sanctum Sanatorium of the temple. It could have been moved to some other temple or museums. Unfortunately, the temple is seemed to have fallen during some years ago and locals would have tried to keep these fallen stones at their respective position aiming restoration.
The layout and architectural style of the Panamaram Jain Temple implies its great influence and importance during its functional days. The partly ruined temple with an area rather derelict, generate a peculiar atmosphere of mystery about the heritage site.
Currently this Jain temple is partly concealed by a coffee estate in the region.
It is considered that the religion Jainism was strongly rooted among the inhabitants of Wayanad during the early ages. The remnants of constructions related to Jainism indicate the strong influence of the religion in the area.

Video on the Panamaram Jain Temple