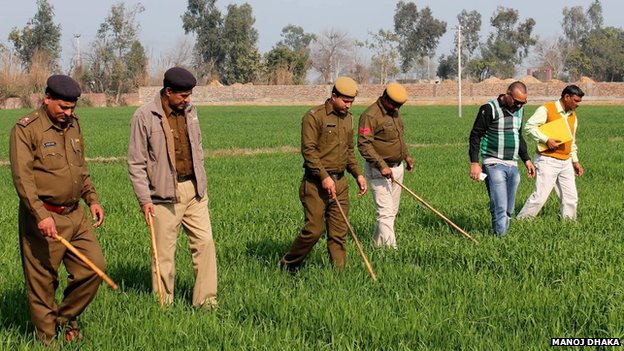 Rohtak: Police in the Haryana state of India Haryana state are reported to have been hunting for suspects regarding the gang rape of a mentally disabled woman.
The 28-year-old woman was found missing from Rohtak town, where she had been undergoing treatment at a local hospital.
After the incident her injured body was found in a field. As per the postmortem report, her death was because of multiple sexual assaults.
Recently, hundreds of people had blocked a highway and held candlelight vigils in protest against the incident.
The police men are of the opinion that they had some “crucial leads” and some arrests can be expected soon.
Preliminary investigations from police have also pointed out aggravated sexual assault which led to the murder.
Seven police teams are being authorized to inquire the case.
As per the reports the woman from Nepal had arrived in Rohtak a few months ago.
She was living with her sister while undergoing treatments from the local hospital.
She went missing from her sister’s home and her body was found in a field off a highway, some 18km (11 miles) away.
The postmortem examination has revealed that stones, blades and sticks were used on her during the attack.
According to autopsy surgeon Dr SK Dhattarawal, the woman had suffered “severe injuries” while her “heart and lung were missing”.