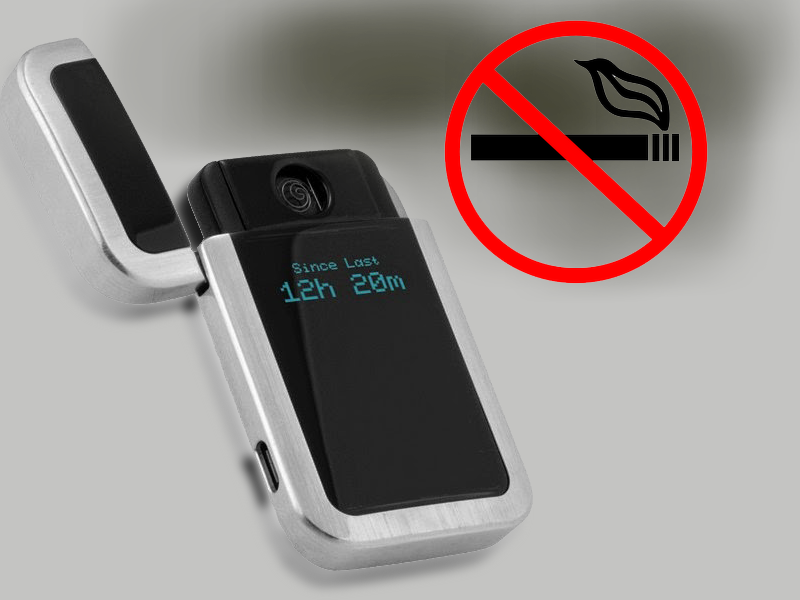 Washington: A new Internet-connected lighter called Quitbit has been launched not only to light cigarette, but also to enable smokers to quit the smoking habit.
The new electric lighter help smokers to discontinue the habit by tracking their each smoke and logging the data into an accompanying app.
The lighter, Quitbit, is featured with a coiled heating element instead of the usual flame.
There is also a small display unit of LED that exhibits a tally on how many cigarettes have used to smoke each day and also the time-frame between two consecutive smokes.
A companion smart-phone app can be used to track the data over longer duration.
The device help users to set goals, share successes and even track how much money smokers have saved through cutting back.
According to Engadget, the lighter can also be programmed for not to work mode for extended periods.
The device naturally force smokers to cut back and use a limited amount of cigarettes each day.
The product, which launched recently is seeking $50,000 in funding pledges.

Video on the functioning of Quitbit