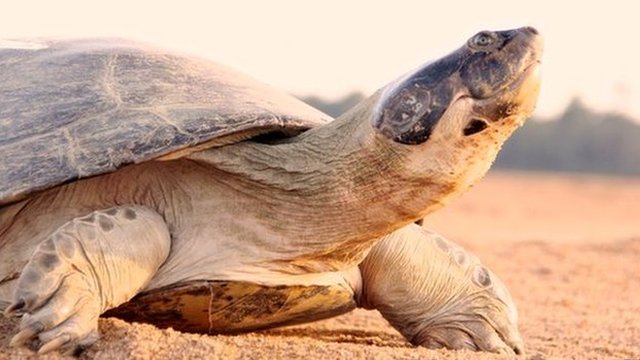 Brazil: Scientists in Brazil have managed to listen ‘underwater turtle talk’.
As per their recordings river turtles are seemed to exchange information vocally by producing at least six different sounds.
With the support of these sounds they communicate with each other especially during their nesting season.
These recordings included chats between females as well as hatchlings.
The researchers have categorized this recording as the first one regarding parental caring in turtles.
It shows that they are vulnerable to the effects of noise, pollution etc. and they seemed to use these sounds for warning against these inconveniences.
The results of their researches are published recently in the journal named Herpetologica.
As per this, the animals may lead much more socially complex lives than considered earlier.
The team comprising of researchers from the Wildlife Conservation Society (WCS) and the National Institute of Amazonian Research were carried out their study on the Rio Trombetas in the Amazon between 2009 and 2011.
They had used microphones and underwater hydrophones to record more than 250 individual sounds from the animals.
The scientists then analyzed these vocalizations and divided them into six different types, correlating each category with a specific behavior.