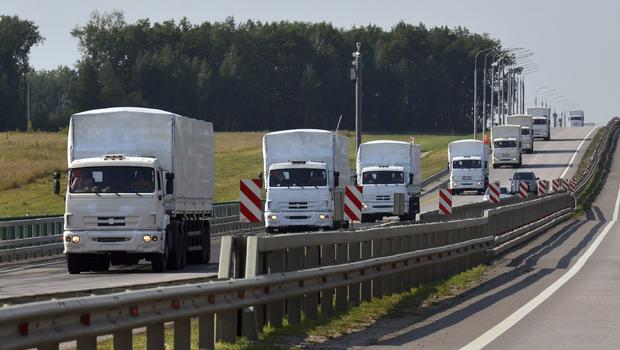 Moscow: Trucks from Russia carrying aid to civilians in the war zone are said to have moved to Ukraine.
A senior official in Kiev has accused Russia of invading Ukraine since the Russian humanitarian aid lorries crossed the border without prior permission.
Russia began sending its lorries, stranded at the border for more than a week, after formally accusing Ukraine of unreasonable obstruction.
According to Valentyn Nalyvaychenko, the head of Ukraine’s SBU security service, it is a direct invasion.
As per the reports available, the lorries are being escorted by rebel fighters.
The International Committee of the Red Cross (ICRC) said that it was not the part of the convoy in any way.
Russia’s foreign ministry has warned Ukraine not to take any action against the convoy, without specifying the consequences.