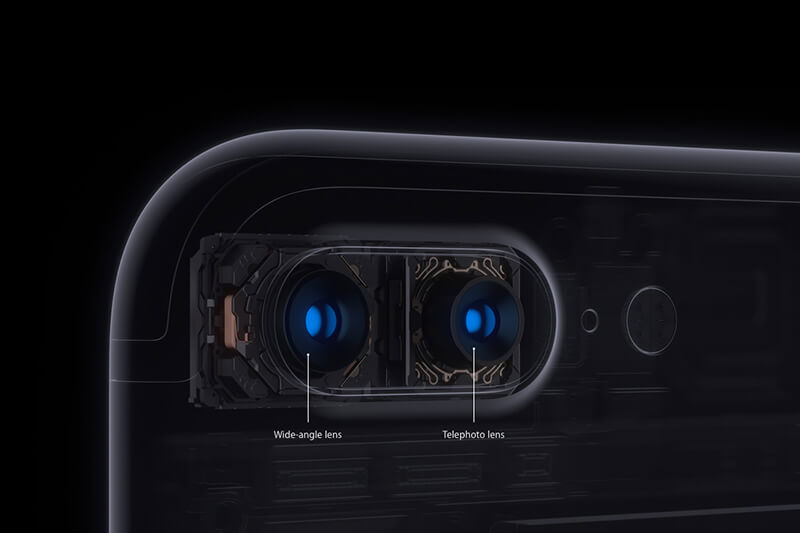 It was recently that Apple launched it’s iPhone 7. Phil Schiller, who is the Senior Vice President of Hardware Engineering, termed the device’s camera one of the “most advanced ever” set in a smartphone. Cameras in phones are so mundane now that the users take them for granted. However, developing the picture-taking capabilities of the latest devices means jamming a lot of tech into a thin and small package.Daniel Sakols, who is the vice president of business development at Amalence Inc says that, if you need to upgrade the cameras in the smartphones, it generally requires developing the sensors that pick up the image. Other than that, it also requires the optics that direct it and, possibly most importantly, the software and computing power in the phone.Sakols says that there was a significant raise in the available processing power to use this image information and do entirely new things with it.Nokia 7650, which was released in the year 2002, was one of the first cellphones with a camera. At that time, Nokia said that the technology was going to lead in the “multimedia messaging era,” as per a statement from November 2001. When compared to the current models of cameras which range from 8 megapixels to 12 megapixels, the camera at 0.3 megapixels was a far cry.

According to a 2003 review by ZDNet, the images captured on the Nokia 7650 were 30 kilobytes and were saved on just 3.6 megabytes of RAM. This indicates that some of the existing smartphone apps would suit the Nokia phone, let alone image-stabilization software.The Samsung Galaxy Note 7, which was launched last month, has a processor which is comparable to that seen in a laptop computer and has around 853,000 times as much data storage space as the Nokia 7650. The Samsung Galaxy Note 7’s camera has a sensor that picks up about 12 megapixels, while the iPhone 6 has an 8-megapixel camera and a similarly strong processor. Both Apple’s and Samsung’s phone cameras can operate image-stabilizing programs, as well as apps that sharpen edges and adapt to lighting conditions, a whole series of adjustments that the cameras perform without the user even recognising.
–

–
Sakols stated that changes to phone cameras made capturing pictures more accessible and let the phone compete with point-and-shoot cameras, if not digital SLRs. He also added that it is what phone manufacturers are developing around and that it is no longer about just having a larger sensor.The software is not the only determinant in developing the cameras in smartphones. If you consider an example of the earliest phone cameras, you will be able to understand that the lacked the ability to focus. However, now, smartphones can change or adjust the position of the lens slightly by using tiny motors and can accommodate a wider variety of depths of field and greater autofocus capabilities. Moreover, you will be bale to find that optical zoom is the biggest selling point of the iPhone 7. The optical zoom helps in actually changing the arrangement of lenses. The iPhone 6 had just a digital zoom, which only expands the image with software; it does not add any detail.

Sakols says that the optics of focusing are growing to be a big issue in camera design. And hence, some manufacturers are coupling a “bubble” to the front of the camera to add focal length to the lens.If you look carefully, you will be able to see the bubble on an iPhone. Previously, Samsung has had camera models with optical zoom, distinctly the Galaxy K, but the addition of real lenses affixed bulk to the camera itself. When you check the Samsung’s website, the phone even seems a little like a point-and-shoot camera.He says that when you view at the lens against a sensor of a given size, one of the unusual constraints is that, as the sensor size increases so do the lens in front of it to pitch a nondistorted picture. This is the reason why manufacturers are combining bubble shapes to the lenses — to get a little bit of additional distance between the lens and sensor so that the lens itself can be a bit bigger.
–

–
However, Sakols says that there are limits. He also opines that most phone makers now work to restrict the size of the image sensor so as to keep the lens size lower.This is one of the reason why even though pictures captured on smartphones are great, digital SLRs still have an edge in some fields. The physics can partly explain this gathering light onto an image. The aperture of the lens restricts the resolution of a magnified image since when light waves go through a smaller hole, they manage to diverge rather than hitting the sensor in parallel. This method is called diffraction. Magnifying an image only magnifies the lack of detail, so the large lenses that professional photographers use will beat a smartphone camera’s zoom in some operations.

Nevertheless, software and hardware advances have surfaced the playing field for smartphone cameras and restricted the performance gaps among phone manufacturers. Saklos says that Apple was previously far and away superior, but that’s less true now than it was approximately a decade ago,He also added that Apple’s imaging capability is much impressive and that it’s not just the iPhone 6 that can create these beautiful images. Other smartphone cameras can also kick out a fabulous image as well.