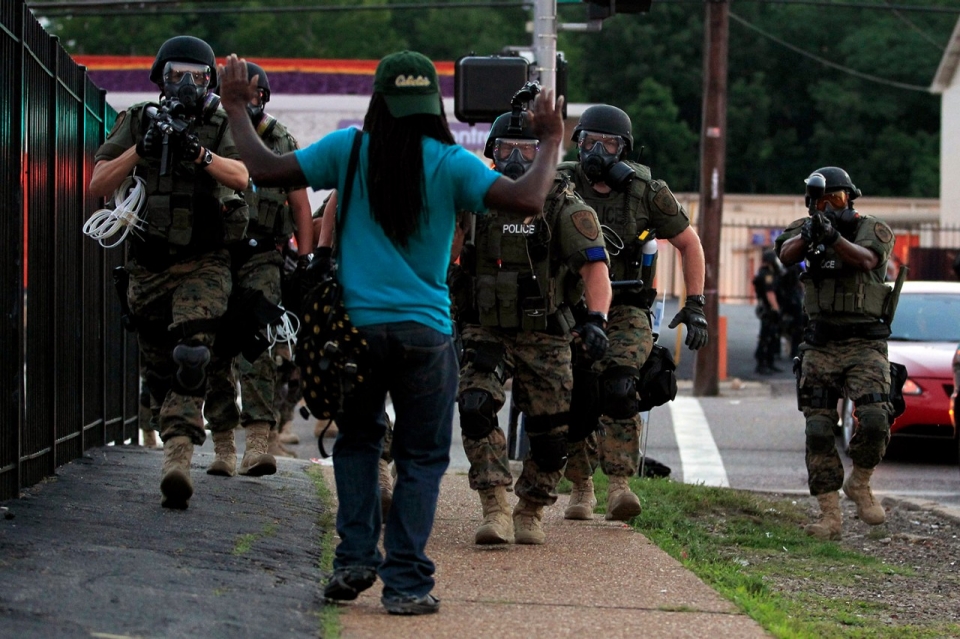 United States: At Ferguson which belongs to Missouri state in the US, Police have fired tear gas and warned crowds to disperse as the curfew in the area resumed for the second night also.
Police were worn body armor as well as gas masks to face aggressive protesters who were advancing towards a police command post.
The suburb of St Louis has been under tense for more than week.
The untoward incidents started when police shot dead a black teenager called Michael Brown.
US Attorney General Eric Holder has ordered a federal postmortem on the body of Michael Brown which he required to be carried out as soon as possible.
A s per the preliminary private postmortem examination, Mr Brown was shot at least six times, including twice on the head.
The curfew in the area is come into force from midnight.