Strangers lift car off to rescue a woman trapped under wheels 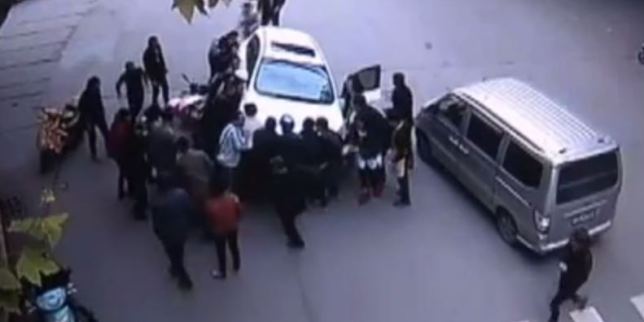 China: When a woman became trapped under the wheels of a car following an accident, her chances for further liveliness were very meager until some strangers stepped up to rescue her.
The kind hearted passing people rushed towards the trapped lady after she was knocked off the motorbike she was riding with her husband in China.
Her husband was thrown off the vehicle while she got trapped underneath the car unfortunately.
Then about two dozen random people arrived at the accident site and tried hard until they could lift the vehicle and take her out.
The woman who was succumbed to a number of injuries by the accident is expected to recover soon from the hospital.

Video on the accident in China