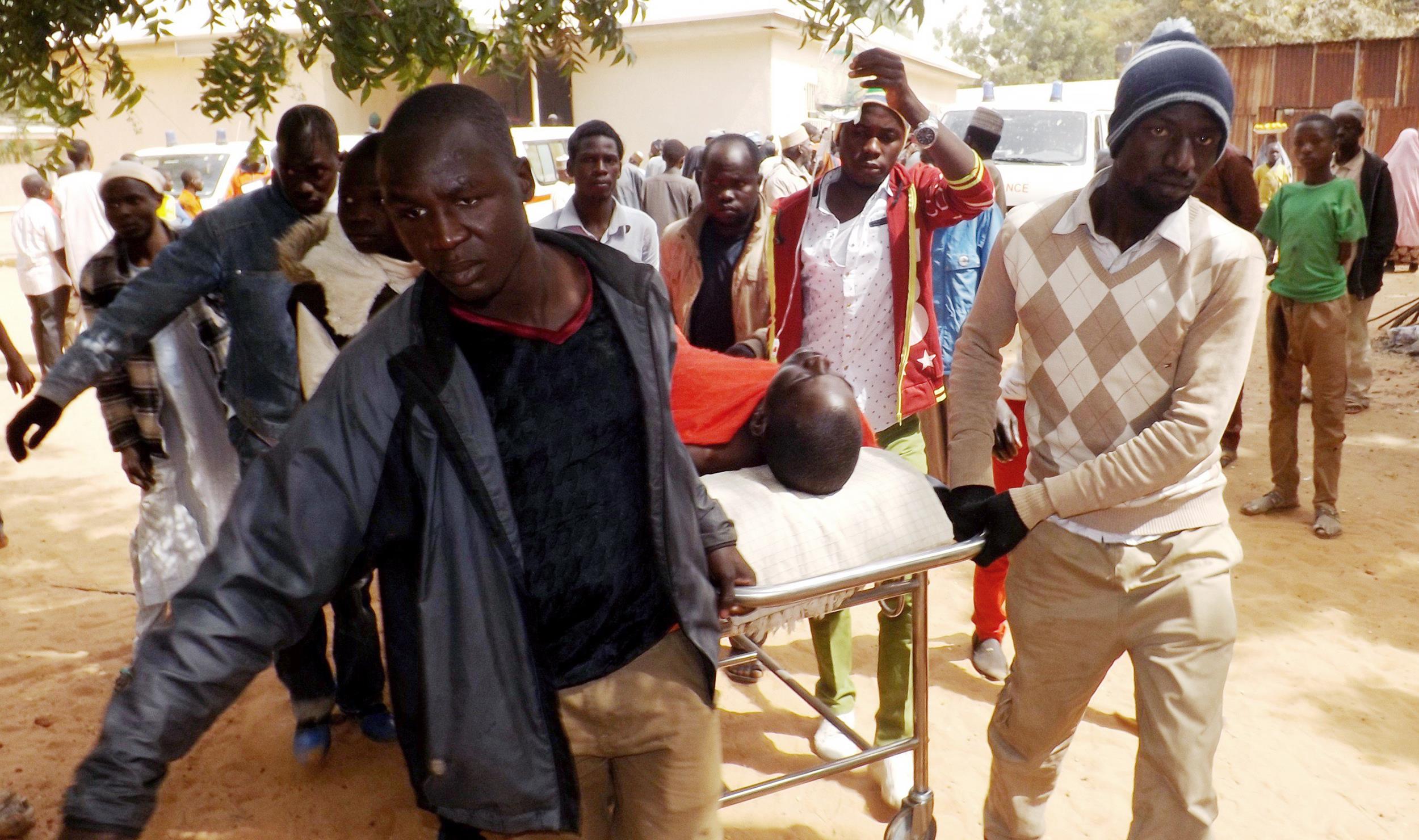 Potiskum (Nigeria): A girl as young as 10 years was blown herself up in a busy market in northeastern Nigeria, killing herself and four others.
This incident points out the possibility of using kidnapped girls as suicide bombers by the Islamic extremists.
No body has shouldered the responsibility of the heinous attack till this time.
Apart from the death of five innocents, the blast has caused serious injuries to 46 people.
This shameful bomb blast is suspected to have committed by Nigeria’s homegrown extremist group, Boko Haram.
A survivor of the attack who suffered head injuries said that the hardly 10 years old girl was got out of a tricycle taxi in front of the busy cell phone market in Potiskum and minutes later the explosives carried by her were exploded.
Authorities were not in a position to confirm the girl’s identity or her precise age from her remains.
In recent months, Boko Haram extremists are found to have been using teenage girls as well as young women as suicide bombings in marketplaces, bus stations and other busy areas in Nigeria.
But this time, the girl appeared was unbelievably younger.
The authorities are not able to make a conclusion whether the girls and women had been setting off the explosions themselves, or whether the explosions were by remote control devices.
Meanwhile, the extremist group has indicated the possibilities of making associations with the Islamic State militants.
This information was according to a message posted on Twitter.

Video on the child suicide blast in Nigeria