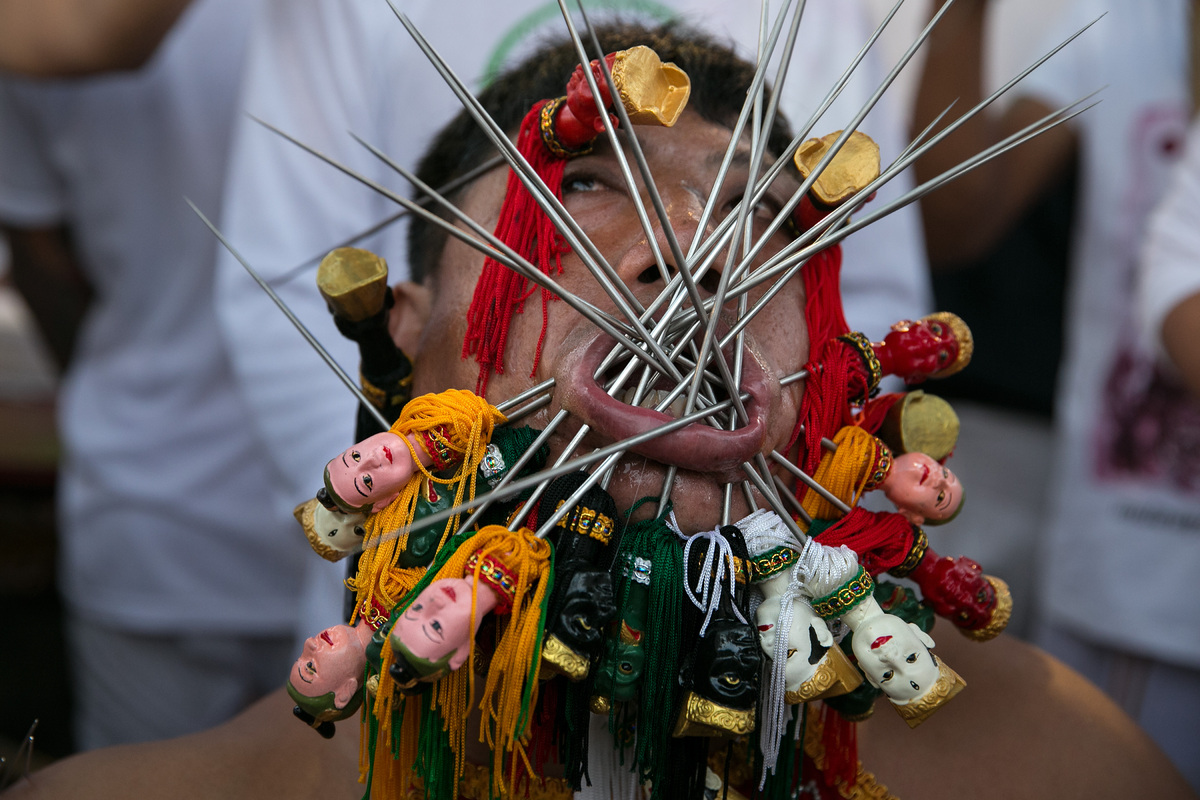 Bangkok: Spectacular Vegetarian festival in Thailand is one the largest events of the island nation. This is celebrated during October/November months.
Thailand is well known by the name ‘Pearl of the South’, is particularly appeared spectacular during the Vegetarian Festival.
The event is celebrated by Phuket’s community in Thailand which is Chinese originated.
The event marks the beginning of the month of ‘Taoist Lent’, when devout followers of the Tao abstain from eating all meat and meat products.
The festival begins with processions, religious offerings and cultural performances which are absolutely astonishing.
All these activities are centered on five Chinese temples.
The most significant location is Jui Tui temple, the modern annex of Put Jaw, the oldest Chinese temple in Phuket Town.