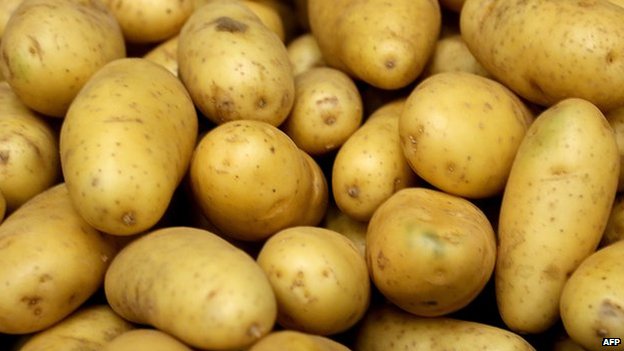 Clydebank: An 18-year-old Scotland native, is facing three assault charges after allegedly chucking uncooked potatoes from a car at passing pedestrians.
But the report published from the Clydebank has not revealed the name of the teenager who did the attack.
Two women and a 13-year-old girl are said to have injured in the potato onslaught.
The girl was suffering from a serious wound on her face.
Another of the victims, a 32-year-old woman whose name also has not been released had a severe blow on her head by the uncooked potato.
According to the lady the force of the potato had made her initially think that she was being shot by a BB gun.
Police are now searching for a second individual who is believed to have involved in the attack.
The unassuming tuber was found itself involved with potato throwing incidents even before.
During last April, a man armed with only a potato robbed a laundry in Rhode Island and after that attempted to rob a convenience store.
In 2012, a cold plate of mashed potatoes was at the center of an attack in a restaurant at Florida.
Since Potato guns are available now, it is easy to use potatoes instead of original bullets.

Video on a Potato Gun Pistol