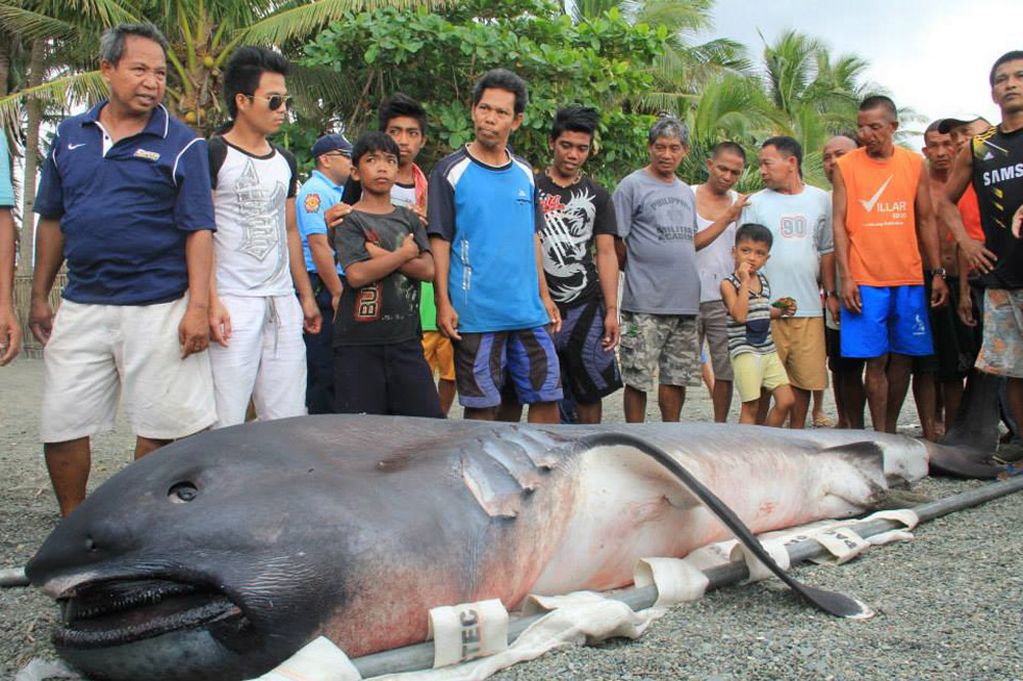 Manila: Fishermen have discovered A rare mega-mouth shark is being trapped in a net at a beach in the Philippines. Fishermen who discovered it in the nets said that it is a massive 15 foot adult male shark.
The wonder incident was at the Barangay Marigondon shores which locate in between the Albay and Masbate provinces.
The extraordinary shark has been named toothless by locals, even though it has an abundance of teeth, which are lined in about 50 rows. As per the records, only 64 previous sightings of such sharks are recorded. It is thought scientists will be able to get a close-up look at the the creatures like never before.
The cause of death of the shark is yet to be determined. But it is considered that the body of the same will be displayed at Albay Parks and Wildlife Centre in the Philippines.
The mega-mouth shark trolls the seabed for small bits of food, catching them with their massive mouths and capturing them in their jaws. But till this date, the scientists have had limited information regarding the sharks, as they are very rarely seen by humans.
The sharks are sighted when they come to the surface in the search for food.
A megamouth shark can reach to a maximum length of 17 feet (5.2 metres) with a life span of 100 years.
Even though it resides in deep sea waters it comes towards the surface during night to feed or eat plankton.
The Bureau of Fisheries and Aquatic Resources in Albay province will investigate the cause of the shark’s death.

Video on the sighting of rare mega-mouth shark