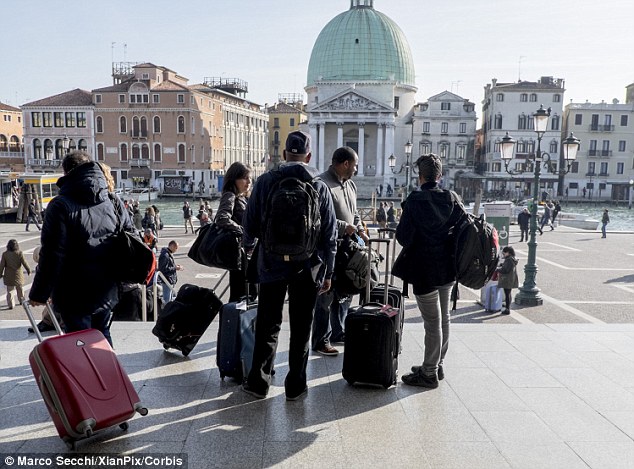 Venice: For years, the Government of Venice were battling against the effects of rising waters which might ruin the historic architectural features of the city.
But now they are facing a new threat of noise from the wheeled suitcases used to carry by travelers.
City officials have reportedly said that the noise from the hard-wheeled suitcases and luggage trolleys have been causing “serious discomfort” to the residents.
Thus they have decided to deal the matter seriously as well as amicably.
As a preliminary step they will be introducing fines of up to 500 euros ($620) for anyone being caught for using the same.
Venice authorities are thinking to impose the rule by May 2015 which may create a headache to as many as 22 million visitors who annually arrive the city.
The new decision will force the travelers to cart their bags and luggage to hotels in car-free streets.
As per the new rules, luggage are to be transported on trolleys having air-filled tires.
Authorities are also thinking to introduce a entrepreneurial luggage carrier by creating a Venice-friendly suitcase that runs on soft tires.

Video on wheeled suitcases in Venice