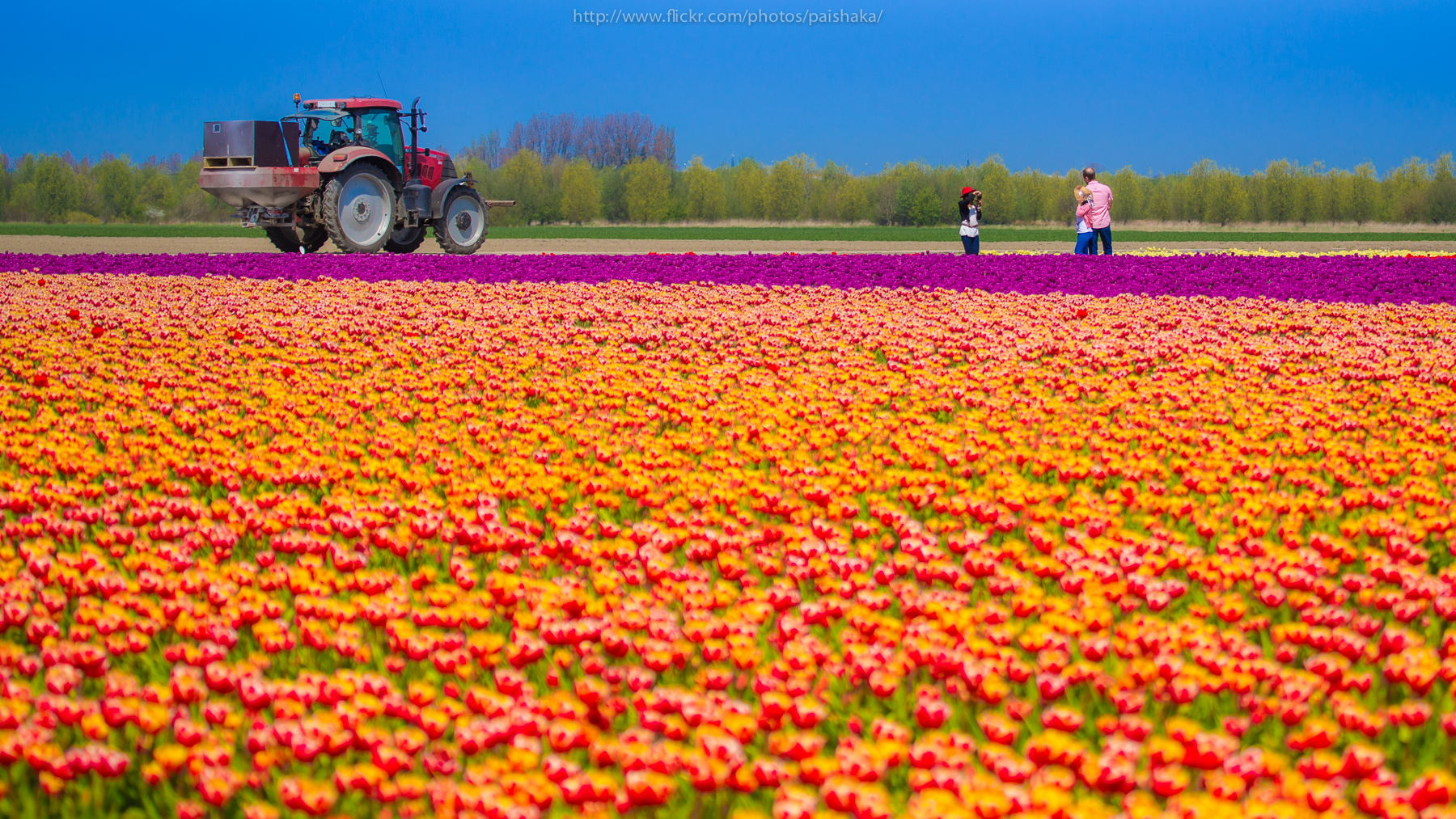 Amsterdam: Tulip flowers have long been the pride and profits of farmers in Netherlands.
But nowadays, the springtime favorite is popping up all over the world irrespective of the season.
By this time, Holland’s famous flower fields are just winding up the awesome tulip season.
At the same time Ottawa’s tulips are providing a colorful appearance to the environments from the Canadian tulip farms.
Their marvelous aromatic fragrance is capable to mesmerize people who come to have a look at it.
Moreover, this year’s Canadian Tulip Festival was being celebrated from May 8th to 18th.
Even though Tulips are assumed to be famous in Holland, they are not the native of Holland.
They are said to have imported from the Ottoman Empire (Turkey) in the sixteenth century.
Their popularity had led to a period of ‘Tulip Mania’ in the European countries.
Nearly, 800 varieties of tulips are cultivating in the various farms of Netherlands.
They mainly include, daffodils, Narcissi, hyacinths, bluebells, crocuses, lilies, and amaryllis.
Azaleas and rhododendrons among the unique varieties add profusion of spectacular colors.
The varying species with luxurious colors and blooms are absolutely eye-catching.
Artists are invited to display their sculptures with flowers throughout in the garden.
Visitors can even purchase many of the aromatic pieces seen in the garden.
As per the current global demands it has been found that the tulip flowers growing in Colombia, Kenya and in the US would be economically cheaper than those bringing from the Netherlands.
This decision has made the tulip farmers in Netherlands in utter trouble.

Video on tulip farms in Netherlands