Google’s driverless cars will be on roads by this summer 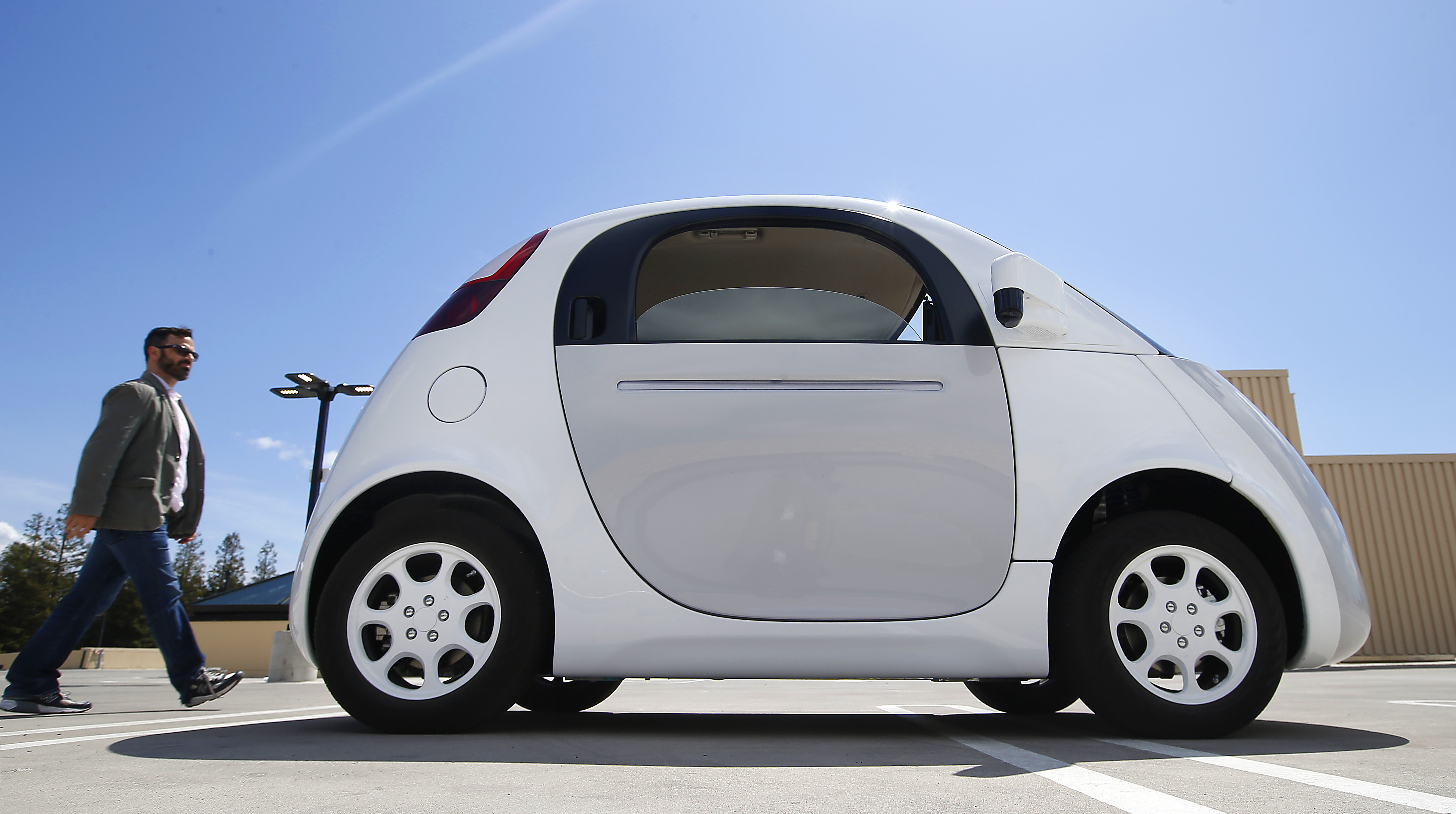 Detroit: Google’s self-driving cars are expected to make their test-run on public roads during summer months.
The company is being announced that its compact prototype vehicle would begin driving on public streets in Mountain View, Calif by this summer.
Though these cars are said to be autonomous, they will be manned by a safety drivers aboard who can use a removable steering wheel, accelerator pedal and brake pedal if needed only.
Currently the speed of the vehicles will be 25 miles per hour.
The first model of the typical Google vehicle was built from scratch for the purpose of self-driving.
It was a smart looking car with a shiny black bowler hat to hide its sensors.
The model was able to self-drive, brake and recognize road hazards without human intervention.
It has more capabilities than the prototype that Google introduced during last May.
The new prototype is not designed for a long trip, or a joyride.
As it lacks air bags and other federally required safety features, it can’t go more than 25 miles per hour.
It’s electric, and has to be recharged after 80 miles.
And the pod can only be driven in areas that have been thoroughly mapped by Google.
Earlier this week, Google has revealed that its self-driving cars have been come across eleven minor accidents over the last six years.
According to them, all those accidents were due to the fault of other human drivers who were drove their vehicles in such a way to collide with Google’s vehicles.
Google is not the only company which develop self-driving cars.
Mercedes-Benz and other brands already have advanced driver-assistance systems, like lane keeping and adaptive cruise control, that can pilot the car on the highway with minimal input from the driver.
Unlike Google, automakers think that self-driving cars will arrive step by step instead of all at once, giving people plenty of time to adapt to autonomous driving.