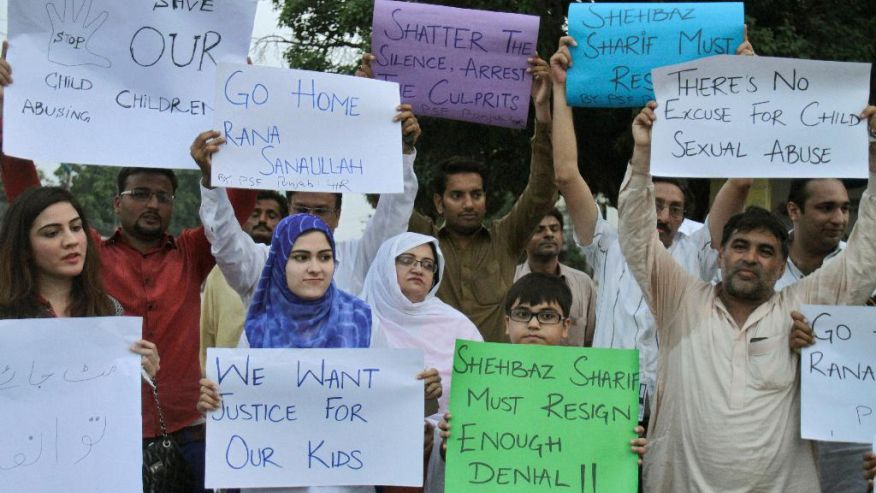 Islamabad: Seven people are reported to have arrested in eastern Pakistan on suspicion of child abuse.
They were charged of involvement in sexual abuse and extortion scandal with children.
About hundreds of children are said to have been used for sex scandal by these men.
The Chief Minister of Punjab province in Pakistan, Shahbaz Sharif, has ordered a judicial inquiry into the matter.
Local media said that a gang of man were found to have made videos showing the abuse of children.
The main intention of this heinous act was to blackmail parents of those children.
The scandal was performed by centering on a village near the city of Kasur.
Police have already seized almost 20 videos and expected to arrest more those who have involved in the scandal.
Last week, more than 20 people were injured when families of the alleged victims clashed with police in Kasur.
They were accused the authorities of ignoring their complaints.
Saba Sadiq, the head of child protection bureau in Punjab province, described the incident as the largest child abuse scandal happened in the history of Pakistan.
According to media reports, hundreds of videos containing sex abuse scenes had been seized by the police.
These videos were arranged by forcefully involving more than 280 children, aged mostly under 14.
These victims were reportedly persuaded to perform sex acts on each other.

Video on the sexual abuse performed with children