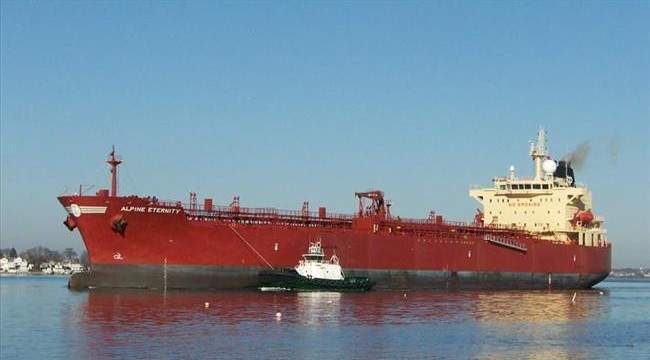 Singapore: Singapore condemned Iranian forces for firing warning shots at a commercial ship from the Persian Gulf.
The commercial ship which has registered in the Asian city-state, described the unprovoked shooting as a “serious violation of international maritime law”.
The Maritime and Port Authority (MPA) also urged Tehran to investigate into incident.
As per the reports the Singapore-flagged Alpine Eternity was in the international waters.
The MPA said in a statement that Singapore was deeply concerned about such actions and pointed out such interference on navigational rights as a serious violation of international law.
The statement has also added that the freedom of navigation as well as the free flow of commerce were of critical importance not only to Singapore but also to other maritime and trading nations.
The MPA said that it had requested the Iranian maritime authorities to investigate the incident and prevent the recurrences of such international law violations in future.
According to US officials, Iranian Revolutionary Guard forces were fired warning shots across the bow of the Singapore-flagged tanker, before vessels from the United Arab Emirates rushed to the spot for the rescue of the ship.
After hearing a radio call for help, the United Arab Emirates dispatched coastguard vessels for the help of the tanker and then the Iranian boats left the area.
Observers said that Iran’s firing of warning shots were the reflections of rising tensions in the Gulf.

Video on warning shots against a Singapore flagged commercial ship