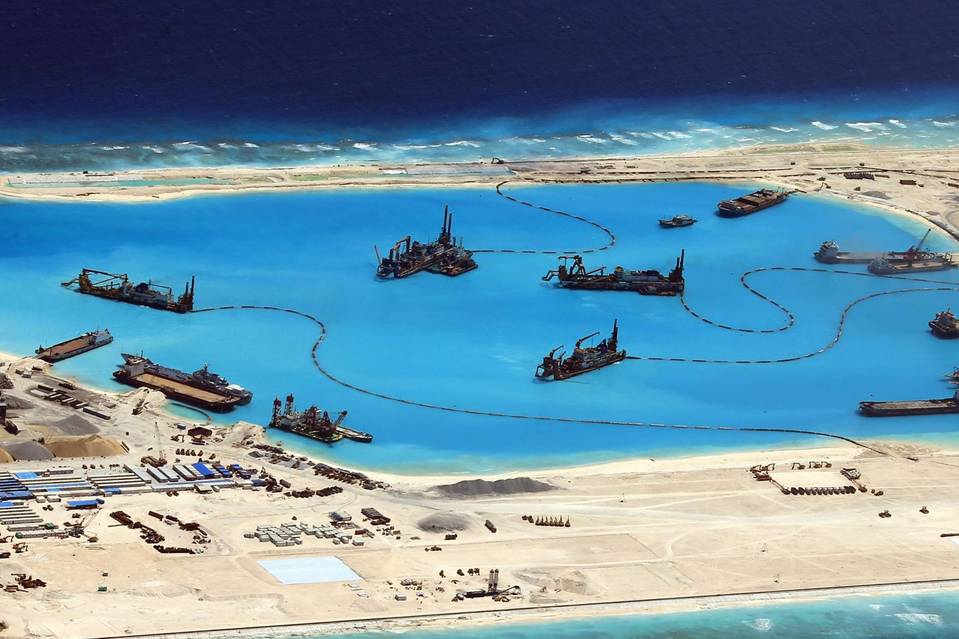 Washington: The United States has pointed out a tougher position as it was decided by Beijing to impose more assertive maritime actions and carry out renewal works at the controversial South China sea Island.
Last week, one US surveillance plane had released a footage showing Chinese excavators and other ships busily turning distant rocks in the controversial south China sea islands with runways and harbors.
According to US, the issue will be highlighted at the Asian security forum to be started recently.
U.S. Defense Secretary Ash Carter as well as senior Chinese military officials are expected to attend the forum.
Meanwhile, Washington wants the association of Southeast Asian nations(ASEAN) to take a more united approach against China’s rapid acceleration in constructions on the disputed ocean reefs.
It has been reported that Beijing has acquired 1,500 acres to five outposts in the resource-rich Spratly islands since the start of this year.
The convention of annual Shangri-La Dialogue in Singapore is expected to dominate by the tensions in the South China Sea.
US defence secretary Ash Carter has demanded China to the stop the Island building works.
He was speaking from Honolulu during his en route to Singapore.
According to him, China has been violating the principles of security architecture” as well as consensus of the region for non powerful approaches.
According to another US official it was harmful for the United States to take the lead in challenging China over the issue.
China claims 90 percent of the South China Sea, which is believed to be rich in oil

and gas.
There are also such claims from Brunei, Malaysia, the Philippines, Vietnam and Taiwan.