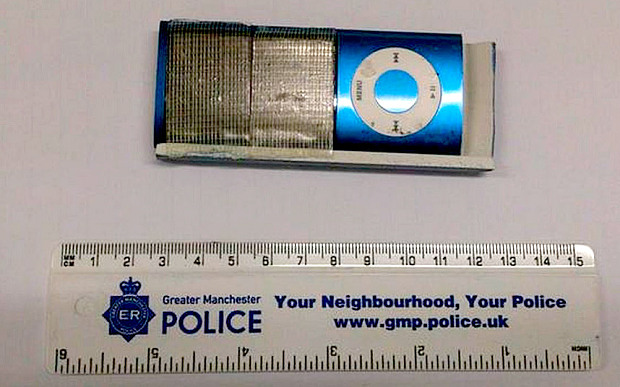 Manchester(UK): Police discovered a crude spy camera made from an iPod which has been attached to an Automatic Teller Machine(ATM).
According to police sources, the arrangement was being used as a spy camera to steal PINs from trustful members of the public.
Thus the police could spoil fraudster’s attempts to steal PIN and bank cards from unsuspecting members in the society.
The small iPod, used by ATM fraudsters is an old version and the same is no longer available in the market.
The use of the built-in camera was to spy on the cash machine’s keypad.
It had been crudely shrouded in a small plastic box and attached to the cash machine located at Gatley, Stockport, with sticky tape.
There was also one small plastic piece attached over the slot where cards are being inserted.
This was designed in such a way to trap bank cards and stop them from being ejected.
Since the camera can capture the keypad pressings of the associated PIN of the card users, the fraudsters can use the same once the customer retrieved the card themselves.
Greater Manchester Police has issued a warning about the fraudsters camera on Twitter and asked the ATM card users to be vigilant while using them.