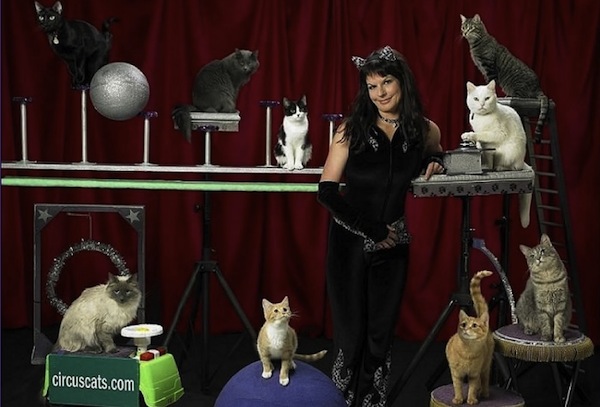 Samantha Martin, a former Zoo keeper, trains cats for her traveling cat circus, called the Acro-Cats.
Thus she is called by the name ‘cat lady’.
She has taken her compulsion a step beyond merely caring for a large number of cats.
Martin says that the trained cats roll barrels, push shopping carts, jump through hoops, do long jumps, high jumps, ring bells and even play in an all cat band called the rock cats.
She usually takes her show on the road in a decorated bus that doubles as a shelter.
These cats are also available for adoption.
Martin said that since 2009, she has found homes for 142 cats and kittens.