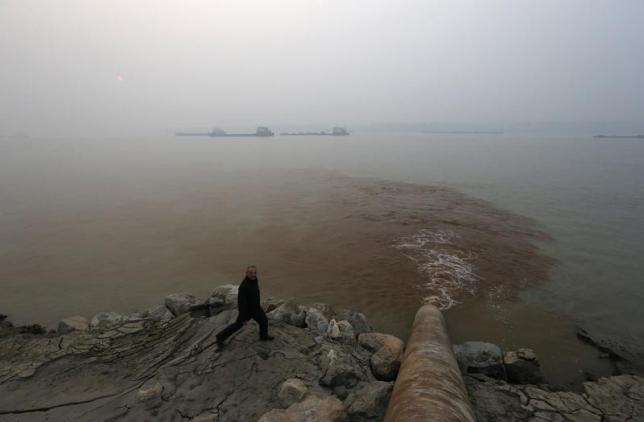 Beijing: China has decided to ban water-polluting paper mills, oil refineries, pesticide producers and other industrial plants by the end of 2016.
The decision is part of their moves to tackle severe pollution that affects the water supply in the country.
The long-awaited plan comes as per the central government program “war on pollution” as an aftereffect of the strong protest from the public.
There have been growing protests over the environmental degradation in the country.
This is the reason why the authorities decided to scrutinize the industrial polluters.
After achieving years of industrial development, major river basins and 60 percent of underground water sources in China have become highly contaminated.
China’s largest energy company called China National Petroleum Corporation [CNPET.UL] has agreed last month to pay 100 million yuan ($16 million) in terms of compensation after it was accused of leaking benzene into the water system in Lanzhou in northwest China.
But according to experts, much more are to be done to protect China’s insufficient water resources.
Water shortage is known to be the bottleneck of China’s industrial development.
Coal miners and factories located in western regions are seen suffering from severe water shortage.
Alex Zhang, president of McWong Environmental Technology, a United States-based water technology company said that if the discharge of dirty waste water was not treated properly, the pressure to tackle the pollution would be increasing.
Cabinet sources said that the impact on water would be considered mainly in future for the industrial developmental projects in China.
They are also added that it would restrict building of petrochemical and metal smelting factories along major river basins.

Video on the protest against the environmental pollution in China