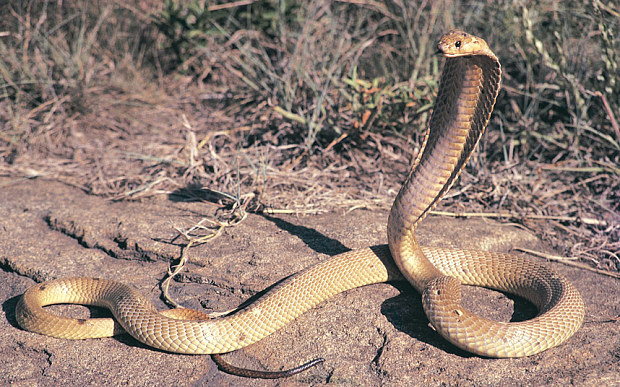 Breda(Holland): A deadly cobra is found to have escaped from capture in the southern Dutch town. The incident has prompted authorities to warn the residents of the locality to maintain absolute vigil. Women are asked to close the windows of their houses and keep their children inside until the cobra is recaptured.
The Drimmelen municipality has issued a general alert following the incident on its website. The cobra is said to be highly-venomous and disappeared from a terrarium of a local collector in the nearby village of Made, located near the southern city of Breda.
The reptile is known for its quick strike when threatened.
Its canine tooth is highly poisonous and a single bite is sufficient to cause death to humans.
Parents are advised not to let their children play outside and escort them even inside.