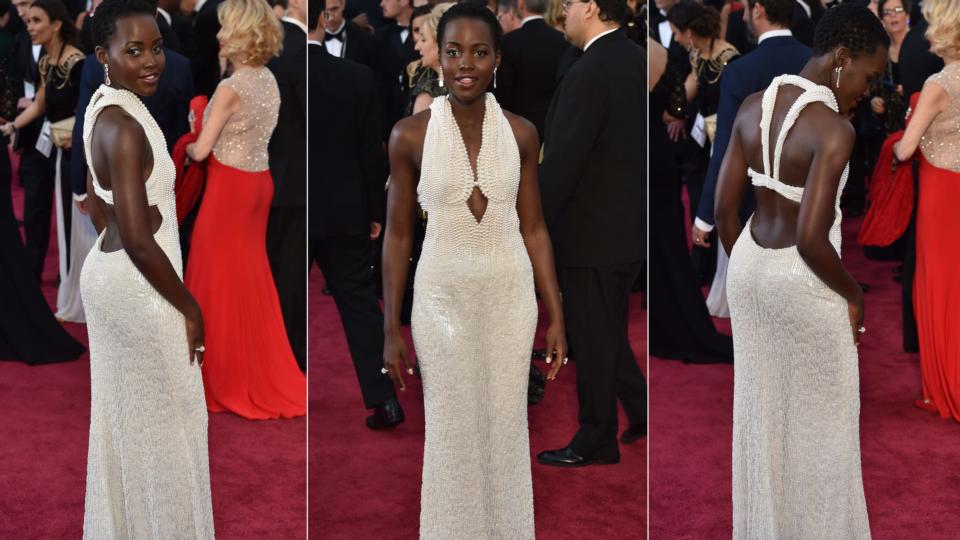 Los Angeles: Actress Lupita Nyong’o’s $ 150,000 valued Oscar dress is reported to have stolen in Hollywood.
This was a custom-made Calvin Klein Collection by the popular Francisco Costa dress.
The party wear apparel, taken from the London Hotel in West Hollywood was appeared so charming with specially studded 6,000 natural white pearls.
The Kenyan born actress had got best supporting actress award last year for ‘Twelve Years a Slave’ while this year, she was arrived as a presenter for the ceremony.
People magazine had named her as the most beautiful person of 2014.
Sheriff’s Lt William Nash said that the actress’s precious dress appeared to be stolen and officers were checking CCTV footage before moving to the next proceedings.
Following the incident no arrests have been made so far. Calvin Klein has not commented anything till this time.