Hundreds of migrants find stranded on boats at sea near Thailand 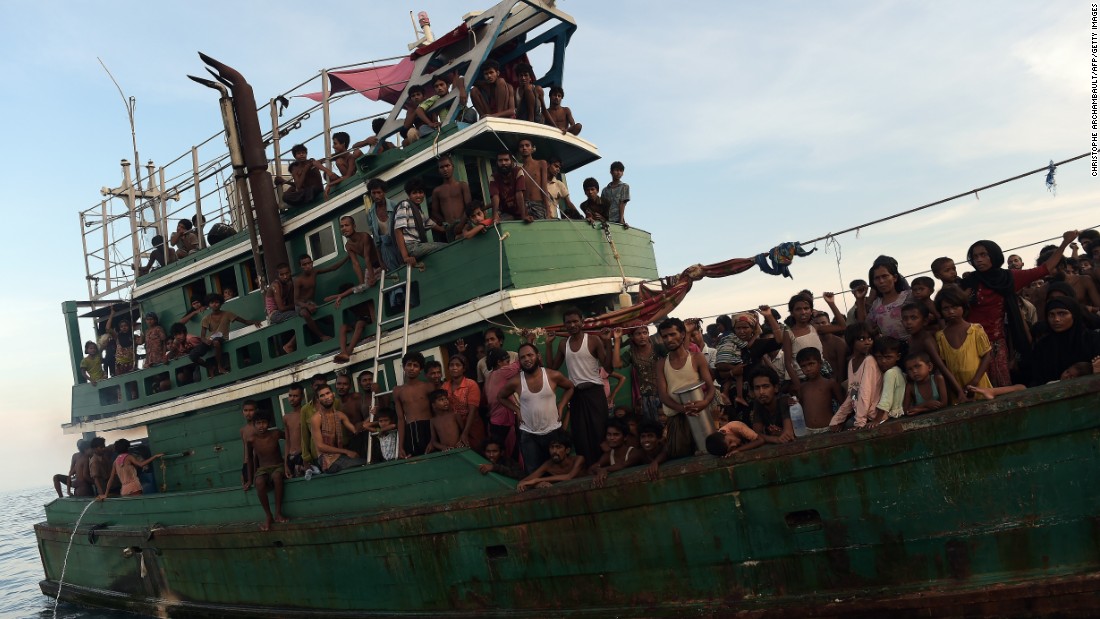 Bangkok: The pathetic condition of thousands of migrants stranded on boats in the Andaman Sea near Thailand has drawn global attention. This points out the consequences of a sinister trade with innocent people which has been flourished in south east Asia.
The recent decision of Thailand government to finally move against people smugglers left hundreds of migrants to float aimlessly on boats at out-sea. earlier this month after Days before 33 bodies, believed to be of migrants from Myanmar and Bangladesh, were recovered from shallow graves near the Malaysian border. This is the reason why Thailand government ordered a clean-up of suspected traffickers camps in the country borders. Police said that they have arrested 30 people suspected to be having human trafficking network links over the past two weeks.
For years, Thailand had been accused of ignoring the illegitimate trade centered inside its borders. Those affected most by this trade are Rohingya migrants from Myanmar, and increasingly, impoverished people from Bangladesh. All of them were set out to seek jobs in Malaysia. Their main route had been through Thailand, where the merciless traffickers hold them until their families can pay the demanded amount for their release.
Meanwhile, Thailand has arrested the one suspected influential person of the human trafficking network. This is the latest development in a crackdown on people smuggling trade that has been triggered a humanitarian crisis on the sea regions. The arrest was amid the arrival of boatloads migrants from Bangladesh and Rohingya Muslims from Myanmar through the waters of Indonesia and Malaysia.
The Royal Thai Police said that the suspected was a former official, in the provincial government of the southern Satun province. He is assumed to be the boss of a huge human trafficking network in Thailand.

Video on migrants stranded on boats near Thailand waters