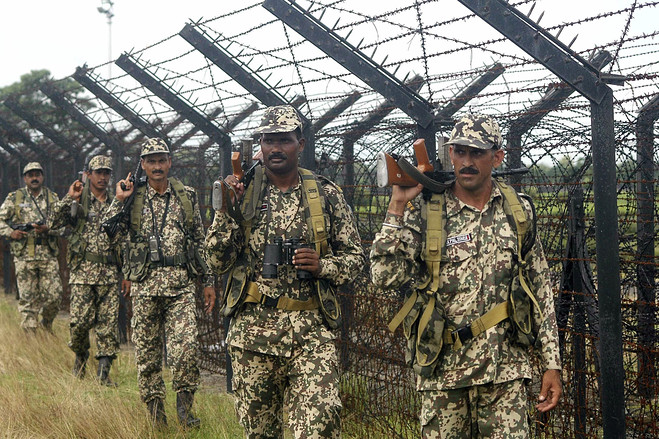 Dhaka: Both India and Bangladesh are agreed to sign a historic agreement to simplify their border issues by exchanging more than 150 enclaves of land.
India’s Prime Minister Narendra Modi will be formalizing the deal with the Bangladesh counterpart Sheikh Hasina in Dhaka.
Thousands of Bangladeshis are inhabiting in more than 50 enclaves belong to India, while Indians living in around 100 areas within Bangladesh.
The countries will now exchange these territories enabling residents to live in their own country. Moreover, residents have also option to choose the country they want to live.
Bangladesh Foreign Minister Abul Hassan Mahmood Ali described the agreement as a historic milestone as far as the relationship between the two neighboring countries are concerned.
Foreign Ministry officials in India have described the visit of Prime Minister Narendra Modi to Bangladesh as one of the most significant since he has taken charge of the office a year ago.
As per the report, more than 50,000 people are currently living at the border region of the two countries in tiny enclaves. Here, citizens of one country are unknowingly being lived in the other.
Under the agreement, both sides will exchange the enclaves enabling their citizens to finally reside in their own countries.
It’s a dispute that dates back to colonial times and has been a controversial issue even now.
Relations between Bangladesh and India have improved under the government of Sheikh Hasina, and Mr Modi has given high priority to this relationship under his foreign policy.
The enclaves along the 4,000 km border are the inheritance of colonial times and have been appeared as an unsolved issue between the two countries for decades.
Inhabitants of these enclaves are in effect stateless and lack access to public services.
Following the new deal, citizens will be able to choose where they want to live and which nationality they would prefer.
Mr Ali said that the two countries would also sign a number of deals to boost trade and security along the border and fight against human trafficking.
Thus the Land Border Agreement to be signed between the two countries is considered to be a historic landmark over the decades long issue.