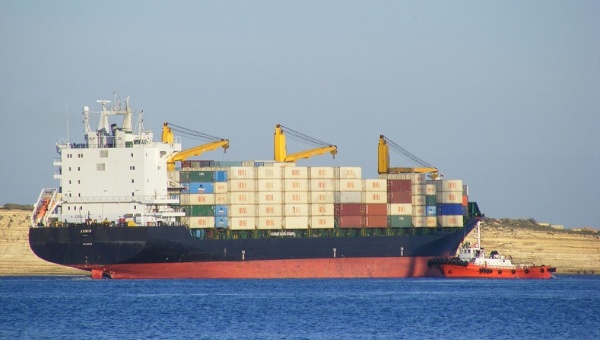 Riyadh: Iranian patrol vessels are reported to have fired warning shots across the bridge of a Marshall cargo vessel and seized it for trespassing its territorial waters.
Saudi-owned Al Arabiya television station reported that the vessel was US-flagged earlier and currently the cargo ship is found registered in the Pacific island nation and hence no Americans on-board.
The semi-official Iranian news agency Fars has also reported that Iran has taken control of the MV Maersk Tigris vessel for ‘trespassing’ its territorial waters.
Pentagon spokesman, Col. Steve Warren said that the Iranian patrol vessels had fired warning shots across the bridge of the Maersk Tigris as it was traversing the Strait of Hormuz in Iranian territorial waters.
Warren said that the master of the cargo ship was initially refused to obey the Iranian order to move away from their territorial waters, but forced to obey after the warning shots were fired.
The vessel was then seized by Iranians, but no one had been injured and no Americans were involved.
Warren said that the cargo ship had issued a distress call and US Naval Forces Central Command, based in the area, has sent a US destroyer, the USS Farragut, and an aircraft to the area of the incident, to monitor the situation.
Warren told during a Pentagon news briefing that at first instance the incident was appeared to be provocative. Then he admitted that all the facts related to the incident were not received by them.
According to the site MarineTraffic.com, the 52,600-ton cargo vessel, which was built last year, departed from Ambarli in Turkey and its destination was Jebel Ali in the United Arab Emirates.
As per the map of the vessel’s route, it had suddenly changed its course in the Strait of Hormuz and was heading towards the Iranian port of Bandar Abbas.
The Maersk Tigris is said to be under the control of Singapore-based Rickmers Ship Management company, which is part of Hamburg-based Rickmers Group.