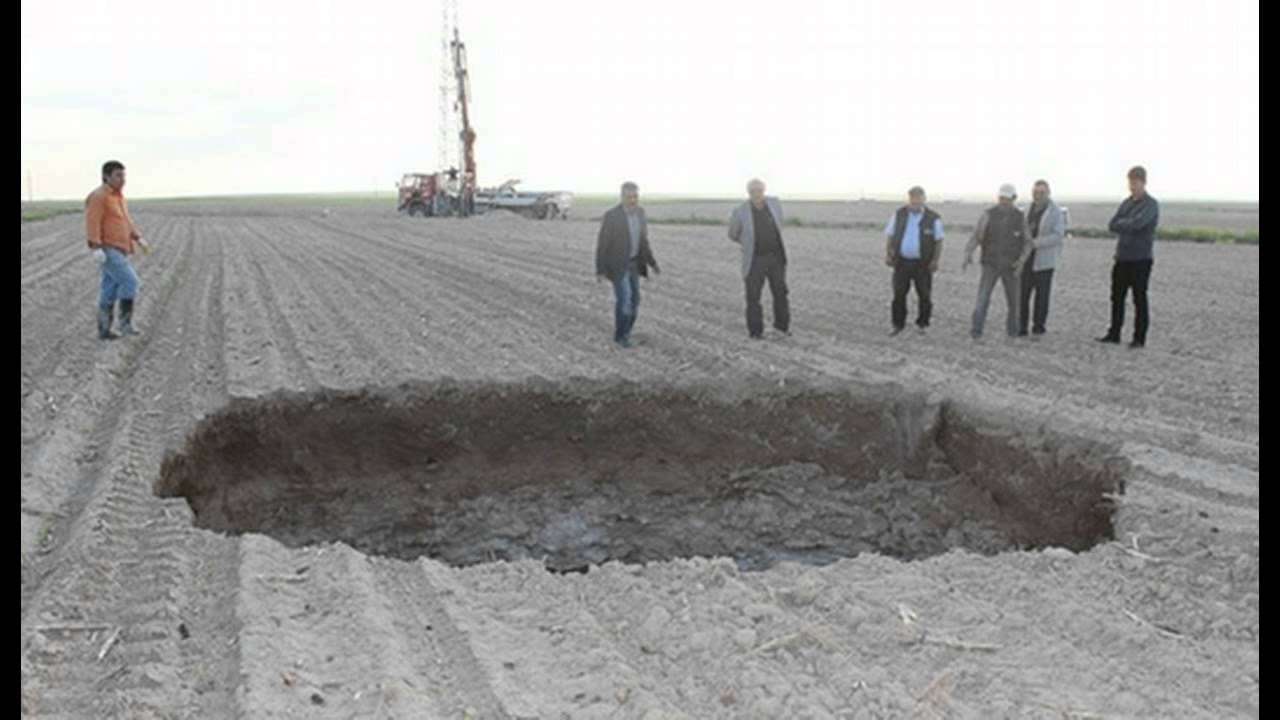 Turkey: Nine large sinkholes are found out in Turkey within a time-frame of three months.
A town in central Turkey has been considered dangerous with the appearance of nine sinkholes on the ground.
The daily Sabah website reported that some of the colossal holes which have emerged around Karapinar, in the province of Konya, are about 70 m (230 ft) deep.
Many of the recently formed sinkholes are on or near agricultural land, causing particular anxiety among farmers.
But residents are worried that the process of forming unpredictable sinkholes could swallow up their homes.
According to the Radikal website, it was thought to be caused by the dissolving of limestone located underground.
A farmer called Mustafa Dirican in that region said that they didn’t know what to do and had alerted the matter to the respective authorities.
The authorities have sent experts and drilled the ground to study it. That is what they have done so far. But, the sinkholes are still appearing.
Another farmer in the locality said that he was being scared of working on the land.
All of them are of the fear that whether the land would collapse from beneath their feet.
As the people don’t have much choices, they are forced to work in those adverse circumstances.
According to Mr Dirican, small sinkholes had been appearing in the area since 1997 and the problem was appeared worsened in the past two years.
A local geology professor has been found out the recent heavy rains as the reason for the formation of the sinkholes.
The main difficulty is that nobody is capable to predict when and where the sinkholes are appearing.
Altogether, there are more than 200 sinkholes in the region.

Video on sinkholes formed in Turkey