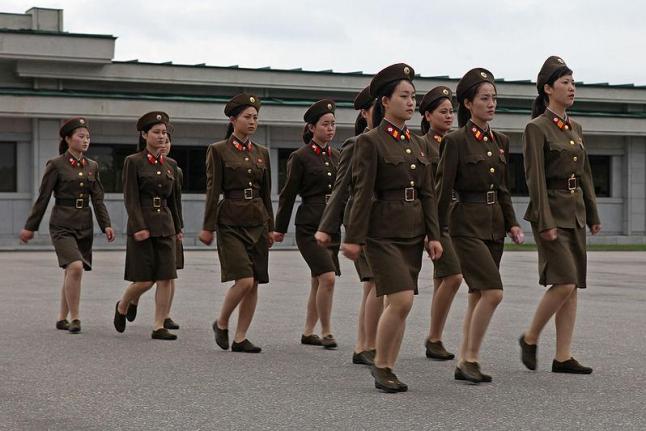 Pyongyang(North Korea): North Korea has decided to expand their military mobilization by including women.
The new directive decision is expected to come into effect sometimes after a few days.
A source of the North Korea’s Hamkyung Province told Daily NK that they had received orders during last year to include women for the North Korean army.
Women are believed to comprise approximately 22 percent of the North Korea’s military.
It is mandatory for the North Korean men to join the military at the age of 17 and serve for 10 years.
This article of the directive’s requirements will not be applicable to women.
For women, the mandatory service in the military is only up to the age of 23.
A 17-year-old girl who enlists in April can serve until she is 23 while a 20-year-old female worker who enlists in August can only serve for a period of three years.
There were unconfirmed rumors saying that the 10 years mandatory military service for males may be extended to women too.
The new requirement of the directive to bring women to serve in the military was on the basis of troop shortage.