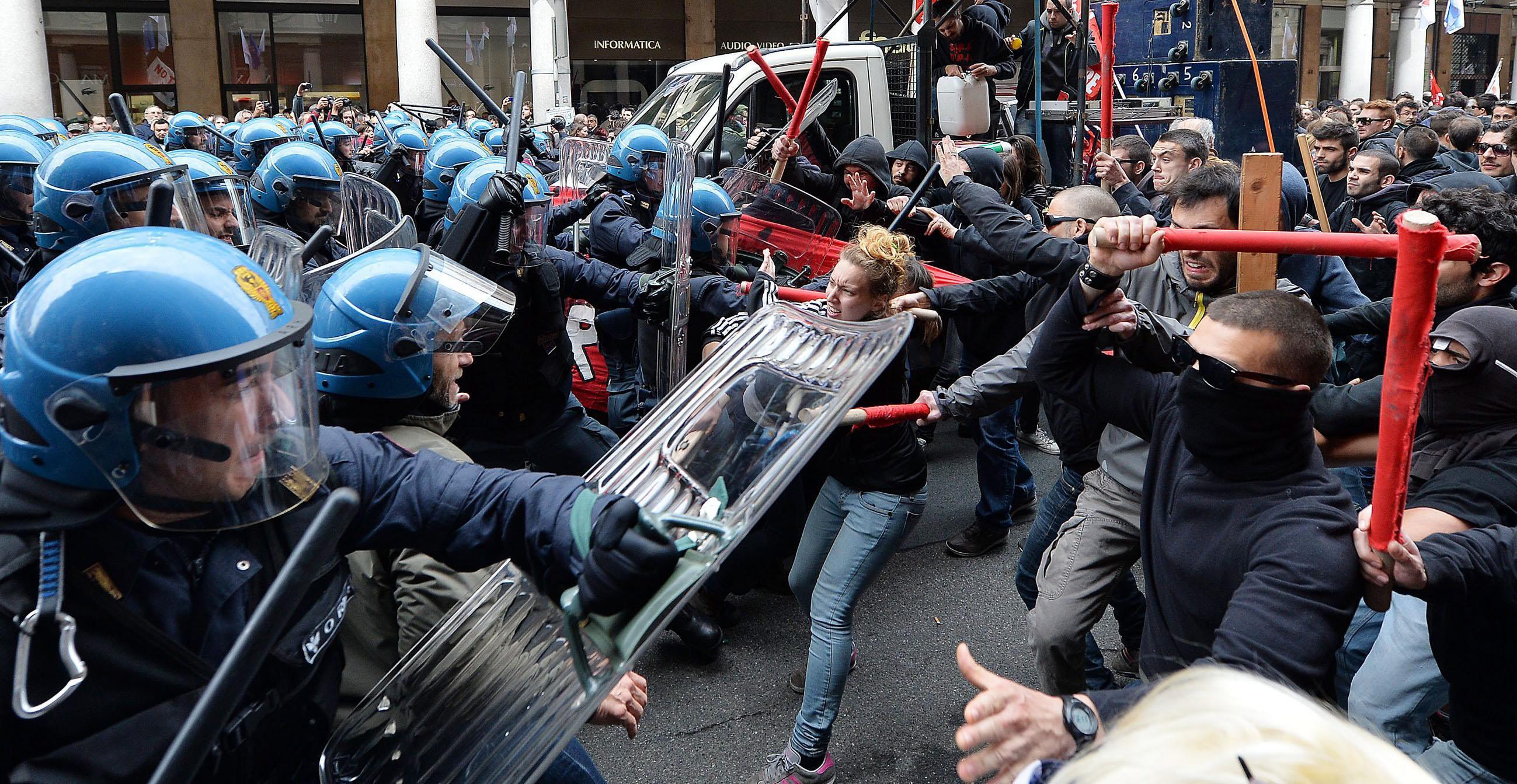 Milan: From various parts of the world there are reports of clashes between Police and May day protesters.
The protesters are assumed to be workers belong to various unions and masked labor activists who took to the streets with petrol bombs to ‘fight against capitalism’.
Police fired tear gas at demonstrators as protests tried to dominate over the start of the Milan Expo in Italy.
Milan Expo is a global fair proposed by the government in Italy with an expectation to put a new face to the governing system after years of economic decline.
Thick clouds of smoke from burning cars were filled parts of central Milan where groups of masked protesters, threw stones against lines of police in riot gear.
The riot came hours after the commencement of the opening ceremony at the Expo site.
It was Prime Minister Matteo Renzi who raised the curtain of the six-month-long showpiece of culture and technology focused on the theme of sustainable food production.
Police detained a number of demonstrators and at one point officers who put a woman in handcuffs were surrounded by an angry crowd demanding her release.
There was no immediate official estimate of the damage, which included smashed windows and street fittings and burned-out cars.
The Expo had already been stained by a corruption investigation that saw several top officials arrested.
Moreover, large parts of the site were not ready during the opening day.
Turkish police is reported to have used water cannons and teargas shells to disperse protesters in Istanbul. There the activists were turned out, claiming to be defending their rights at a time of self-discipline.
At least 136 protesters were arrested in the city, where furious demonstrators attacked riot police and set fires in the streets.
Police blocked all vehicle access and public transport links to prevent the protesters reaching Taksim Square, a traditional location where protests used to gather in the country’s largest city.
May day violence are also reported from Greece, South Korea, Malaysia, the Philippines and Taiwan where tens of thousands of angry protesters were gathered to show their anger on austerity measures, unpopular labor reforms and high taxes.
May Day is a traditional annual celebration of laborers and the working classes worldwide.
It has been promoted by the international labor movement, anarchists, socialists, and communists across the world.

Video on May Day clashes between protesters and police