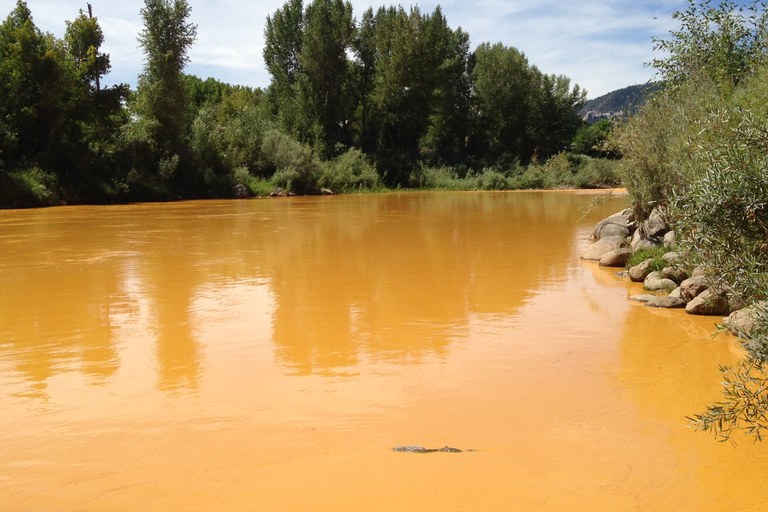 Denver: Animas river in Colorado is reported to have been turned yellow due to severe environmental pollution.
Water researchers said that the highly contaminated water in the river is capable to cause dangers to the life of living beings.
It has been found that the coloration is due to a discharge of liquid waste material containing Yellow precipitate from certain closed gold mines in Colorado.
An estimated 1 million gallons of liquid waste were released out of an abandoned mine area in the southern part of the state.
Officials said that the spill containing heavy metals like iron, zinc and copper from the mine is discharged into a watercourse that joins with the Animas River.
This is the reason why the Animas River has been turned orange yellow. Following the incident, the Environmental Protection Agency has asked locals to avoid it.
The EPA, which caused the accidental release of the poisonous contaminants, said that it would continue monitoring the river water.
Earlier, the EPA said in a statement that the collection, transportation and lab analysis of metals in water was highly complex and time-consuming.
The EPA said that it would continue sampling the water coming down from the mine until the contamination gets completely removed.
According to them, there were no need of additional concerns for aquatic life or water users. But they were not yet told that the coloration could inversely affect drinking purposes,
More than 1,000 wells in the area might have been affected by the yellow water stretching over 100 miles (160km) into neighboring New Mexico.