Skeleton of a Dinosaur is found in Argentina 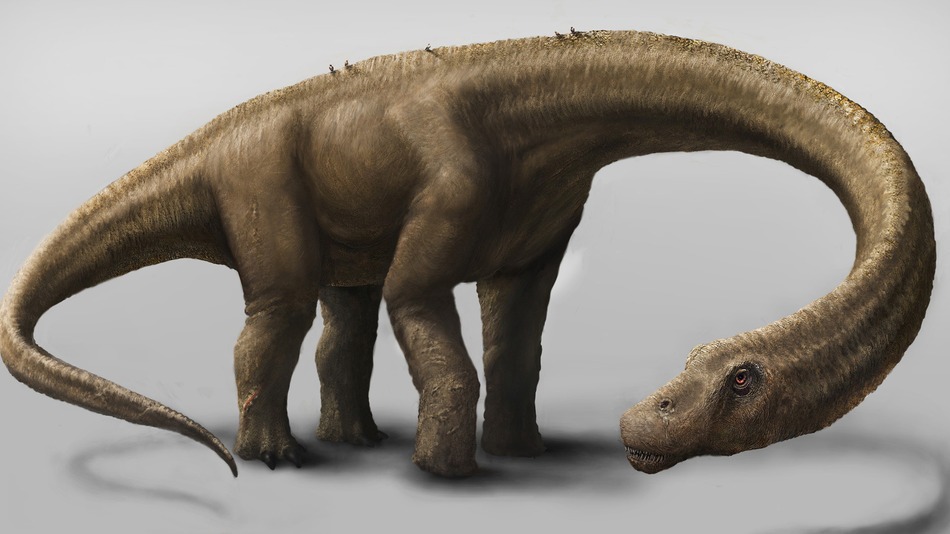 Pentagonia (Argentina): Remnants of a new super-massive spectacular dinosaur has been found out in Southern Pentagonia in Argentina.
Scientists have carried out measurements of the bones of the Dreadnoughts and found that the leftovers which weighed nearly 60 tonnes is also 26 meters long from snout to tail.
The skeletal system of the Dinosaur comprises of more than 70 per cent of its bones excluding the head.
According to them, this is the largest land animal’s remnants discovered by them.
The skeleton of the Dreadnoughts is said to be seven times bigger than T. Rex.
This is also the most complete skeleton ever found out of an endangered species.

Video on the skeleton of Dinosaur