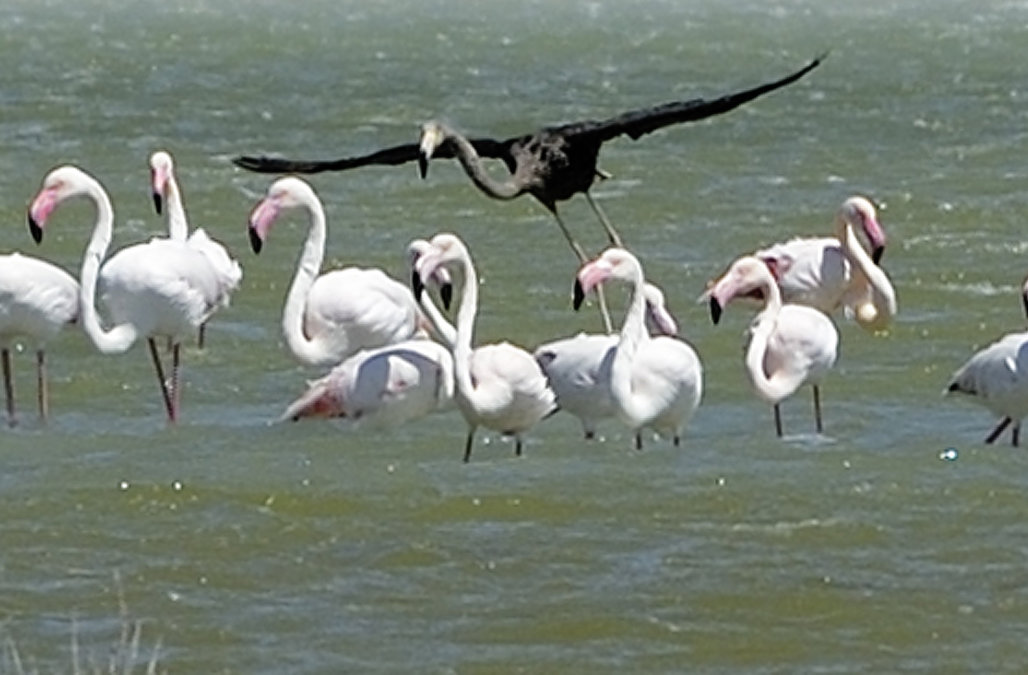 In general, Flamingos are known for their striking pink color.
The particular flamingo cause a splash in bird-watching circles this month because of its jet black feathers.
It was spotted at the Akrotiri Environmental Center in Cyprus and experts believed that the bird could be the one of that kind.
Earlier, at one instance, a black flamingo was reported to have seen in Israel in 2013.
As, flamingos are known to migrate, there are high possibilities to have the viewed flamingo to be the same one.
The black beauty of flamingo is said to be a genetic condition called Melanism which creates an excessive dark pigment that turns the feathers black.
For some creatures, Melanism is a benefit as it turns them black.
This enables them to disguise themselves in the darkness.
But adult flamingos don’t have a lot of natural aggressors, so in this instance, it’s just a case of looking different to the rest of the family.
A flamingo with melanin is a very, very rare sighting.
According to Pantelis Charilaou, head of the environmental department of the British Sovereign Bases, an albino individual can produce more melanin than normal.
Flamingos are actually born with grey feathers.
But, over time, they turn pink because of their shrimp and algae diet.
The shrimp contain canthaxathin, which acts as a natural dye and turns their feathers a brilliant pink color.