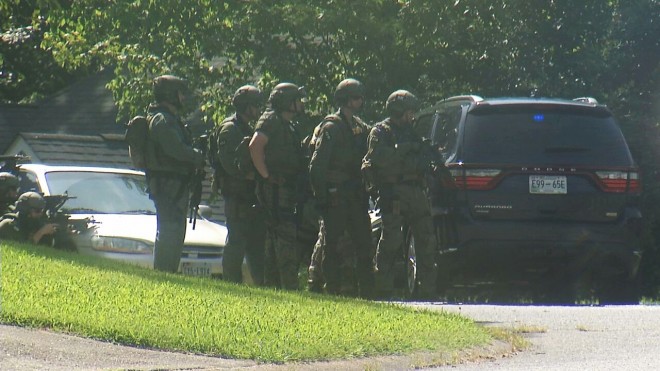 Washington: A gunman is reported to have killed four US Marines and injured several others by shooting at them unexpectedly.
The incident was occurred at two US Navy buildings in Chattanooga, Tennessee.
After opening fire on the building, the gunman was fled off the scene in a Ford Mustang.
But, Chattanooga police chased him and he was shot dead after a gunfight at a US Navy reserve center which locates about seven miles (10 km) away on Amnicola Highway.
According to a local district lawyer the indiscriminate shootings were being investigated as an “act of domestic terrorism”.
The gunman shot dead, was recognized as 24-year-old Mohammad Youssuf Abdulazeez by the FBI and as per the local reports he is said to have borne in the Middle East.
President Barack Obama referred the attack as heartbreaking and said that culprit appeared to be a lone gunman.
Abdulazeez is believed to have been born in Kuwait and had been in the US for the last several years.
Earlier this year, he was arrested in Chattanooga for driving vehicle in a drunken state.
After the incident, armed policemen were raided his house which locates a few miles outside Chattanooga in Hixson.
As per the reports, two women were led away in handcuffs from his house.
In a statement, the FBI which confirmed his identity said that it would be premature to speculate on the motives of the shooter at this juncture.
Officials told news agency that Abdulazeez was not known to the federal law enforcement before the attacks.
Authorities are now investigating whether the gunman had links with Islamic State (IS) militants or influenced by any other Jihadist organizations.
Earlier, IS leaders had been called on their followers globally to launch attacks during the month of Ramadan, which comes to an end this weekend.