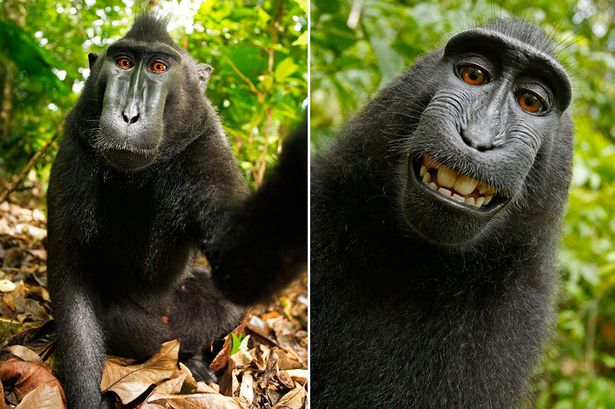 Gloucestershire (UK): A Gloucestershire photographer’s request to remove an animal selfie has been refused by Wekepdia because a monkey is said to have taken the picture.
The photographer called David Slater was on a trip to Indonesia when an endangered crested black macaque grabbed his camera and started taking hundreds of pictures.
When he looked at the shots taken by the monkey, he spotted an incredible selfie of the grinning ape staring right into the lens of the camera.
He told Mirror Online that when he saw the picture he was just amazed. Meanwhile, it has made thousands of people around the world happy.
The pictures went viral in newspapers, websites as well as magazines across the globe.
But now the picture has cropped up on Wikipedia and his attempts to remove it has become unsuccessful.

Video on the selfie of endangered Monkey